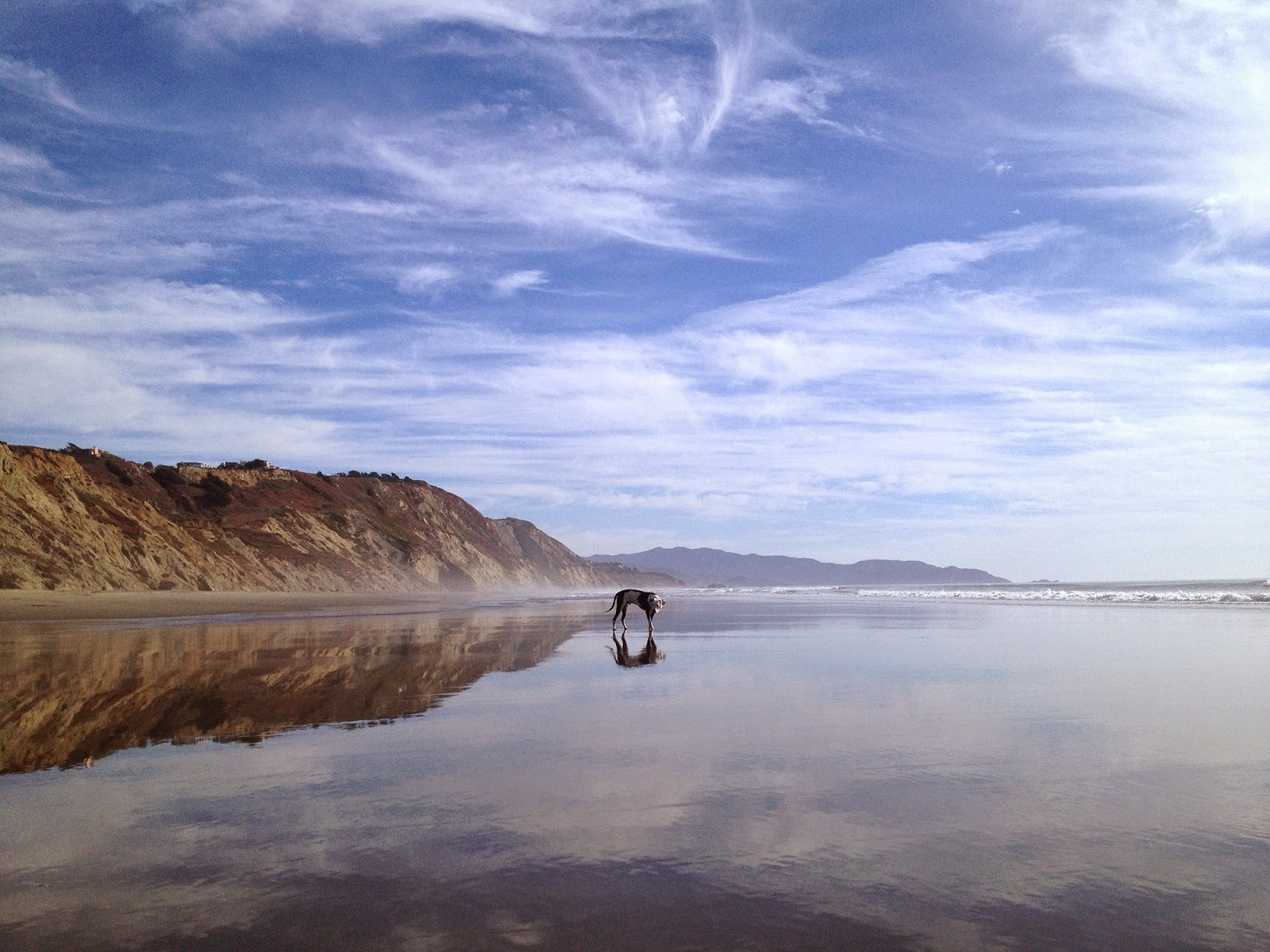 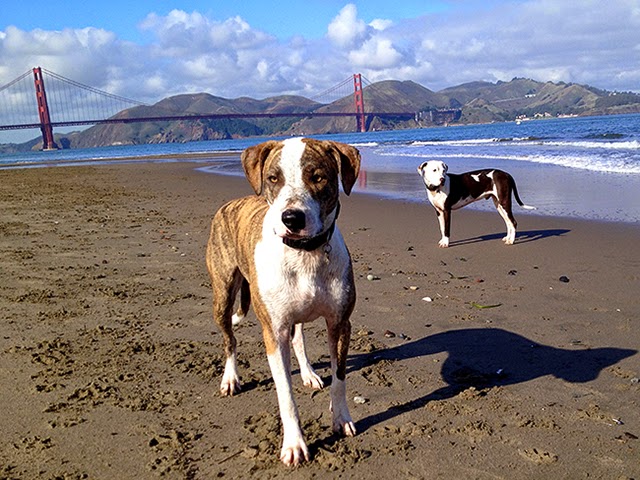 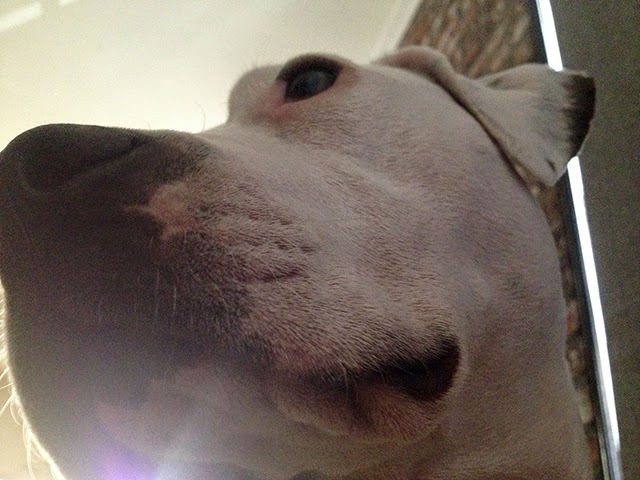 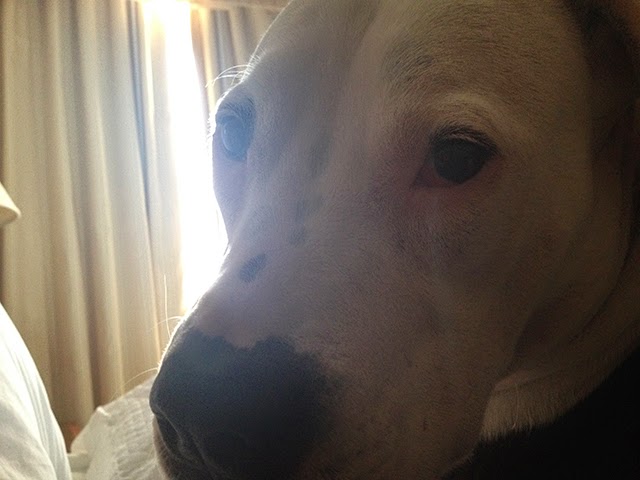 Years ago I adopted Kaya from San Francisco Animal Care & Control which is SF's city shelter. I recently got a newsletter from them saying they would be posting stories from adopters on their Facebook page in a "Love Stories" album for Valentine's Day. Of course I had to send Kaya's story! Lately I've been hearing stories of my internet friends running into those who helped and cared for their dogs before they were adopted. Maybe this is my chance to reach one of those people who knew Kaya! If not...I'm just happy to share and maybe make someone smile. Here's what I wrote...

I adopted Kaya (then Daisy) as a little puppy almost 4 years ago! She has grown up to be such a loving, loyal, affectionate and hilarious dog. Her favorite activities include sunbathing, fetch, hangin' with her "brother" Norman, giving kisses, digging in the sand and being a big lap dog.

Kaya was the first in my animal family that is now a very happy & adorable trio including my other former pound puppy, Norman and their kitty, Gina. When I adopted Kaya I didn't have much, having just moved back to the area. An apartment, an airbed, a pile of clothes and a dog...what more could you need!? And it was perfect. I quickly started fostering cats because I wanted to socialize her from a young age. I nicknamed her "the cat whisperer" because she was able to turn even the most scaredy of scaredy cats in a dog lover.

After a few months, I realized she needed a dog buddy too. When I adopted Norman I could have never imagined 2 dogs could be so perfect for each other. They sleep on top of each other, share all their treats & toys, wrestle for hours in the back yard and follow all the same smells when out on the trail. They adore each other endlessly. Norman thinks Kaya is just about the coolest thing on the planet. While Kaya loves having her dutiful companion at her beck and call.

Kaya is also a master at fetch. She leaps with joy at the sight of her beloved chuck-it & ball. She'll bring it back over and over...and over. And I always marvel at her quest for the missing ball should she have missed where I threw it. I've seen her sweep an acre's worth of land and come up victorious time and time again. Swimming fetch is another great passion of hers. She never gets tired when she's out but she certainly crashes hard once we're home!

When not playing fetch, Kaya is a great adventurer. On most days, we go on long hikes in the Oakland hills. She explores many nooks and crannies on her own but any mention of "go up there" "go down there" "go over there" with a point in the right direction and she's off to investigate! She also loves the snow at Lake Tahoe and running her little heart out on the beach. And we've been lucky enough to move from my tiny studio to a beautiful house with a yard.

Kaya is my right hand girl. She leaps at the opportunity to join me no matter what we're doing...taking out the trash, moving from the couch to bed late at night, climbing a huge mountain, going for a swim or even if I want her to move from the foot of the bed to cozied up tight by my face. Since her very first night with me, she has spent every one burrowed deep under the covers, cuddled up against me. In fact, her warm head is resting on my lap as I type this.

Something very important to me is promoting Pit Bull type dogs in a positive light. Kaya's made that easy on me. She loves everyone she meets from little kids to old people, along with dogs of all shapes and sizes. She was a rambunctious and ambitious pup so I put countless hours into her training. I wanted us to be a team, not just a dog obeying her owner. And it worked! She knows what I'm saying from the most subtle motions and has a barrel of tricks that she loves running through. I can't express how much I love taking her places and seeing her run free. She always keeps me in check and makes sure we're along for the ride together. 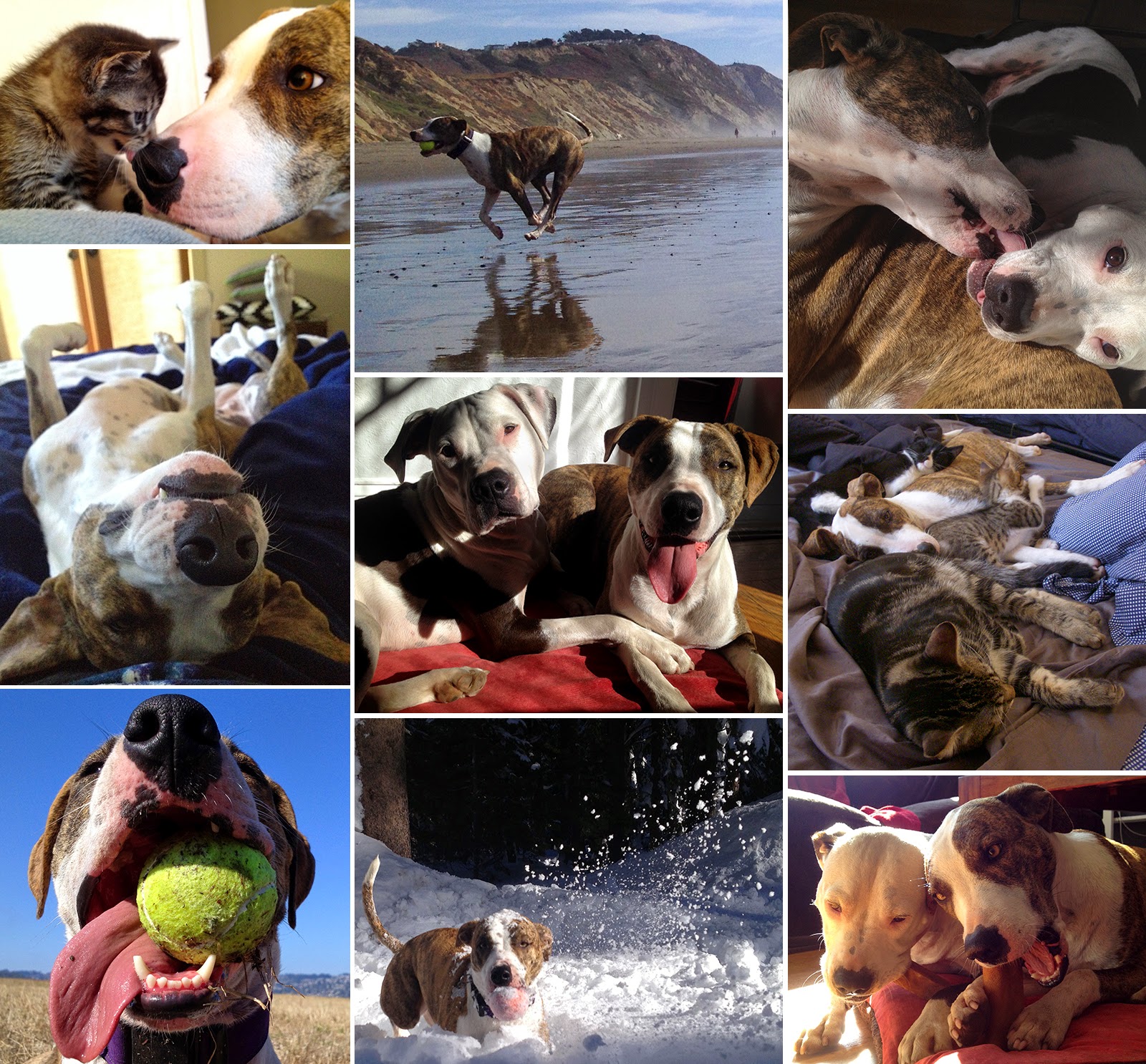 I had a really really hard time narrowing down the pictures too. Everyone else just posted one sweet picture so I felt like kind of an a-hole submitting a whole collection. But...I just couldn't decide. Oh well! You can click on the above image to view it larger.

Have you ever connected with some who knew your dog in the past or helped rescue them? 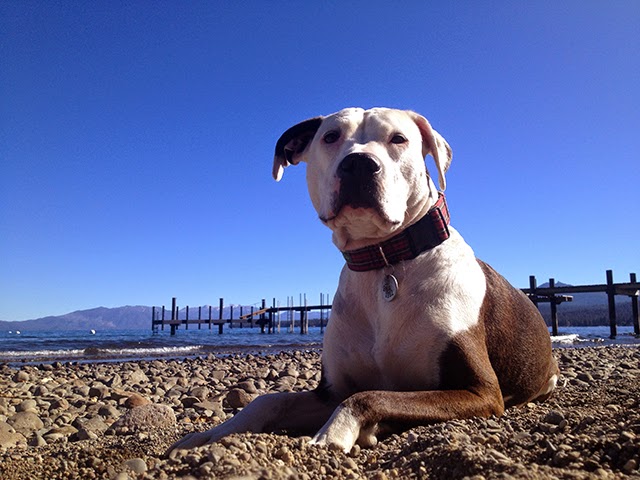 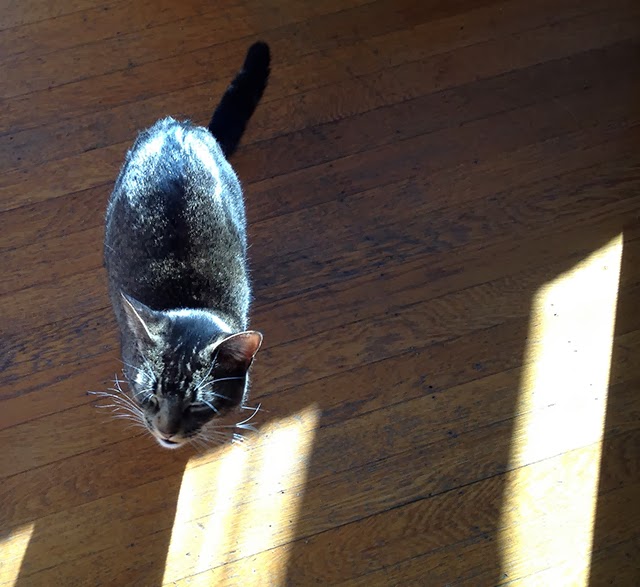 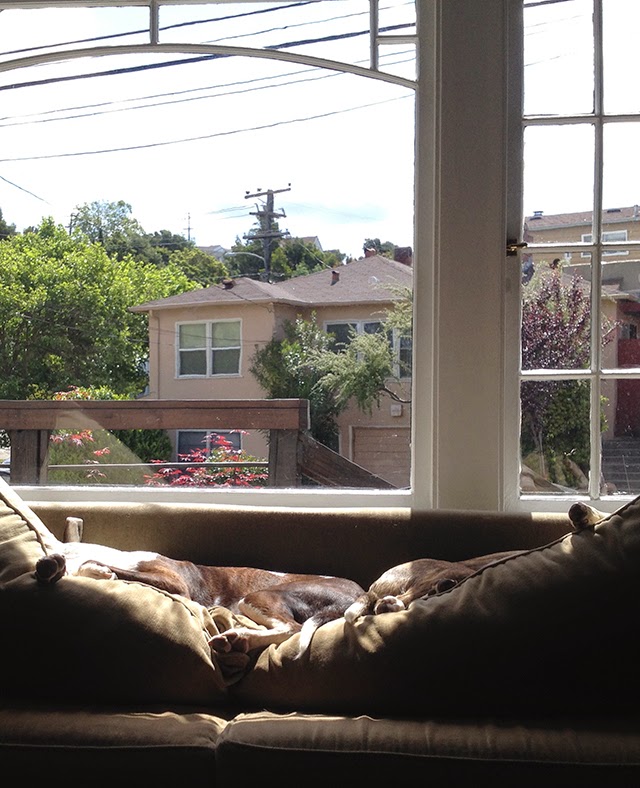 WORDLESS WEDNESDAY: DANG IT FEELS GOOD TO BE A DOG 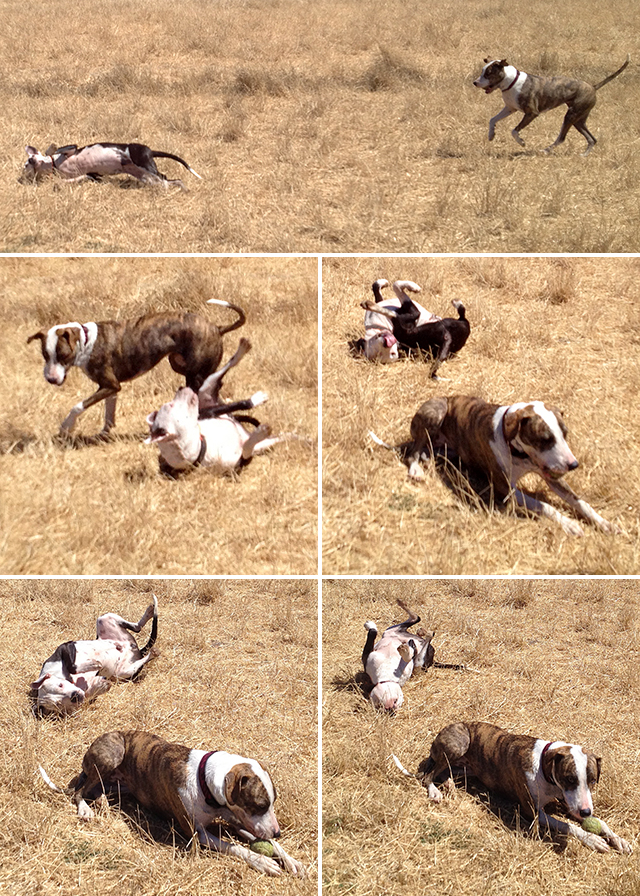 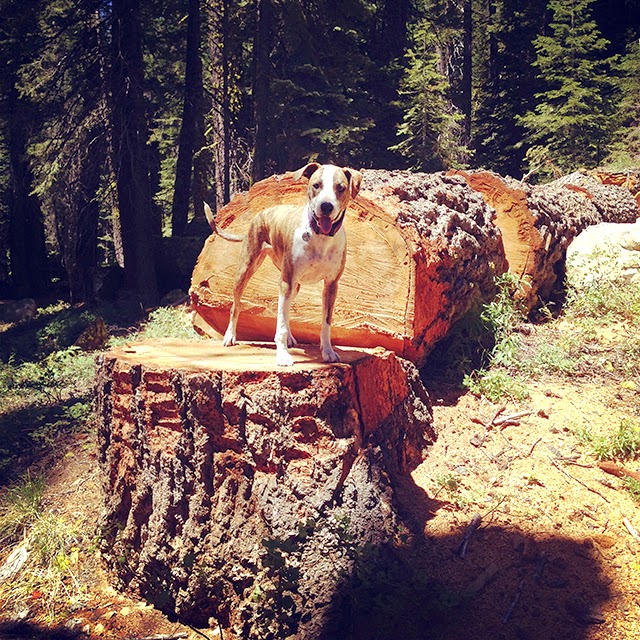 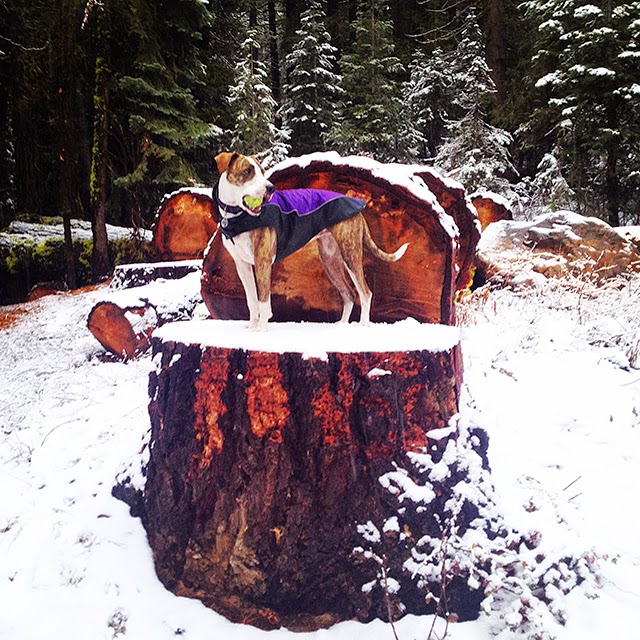 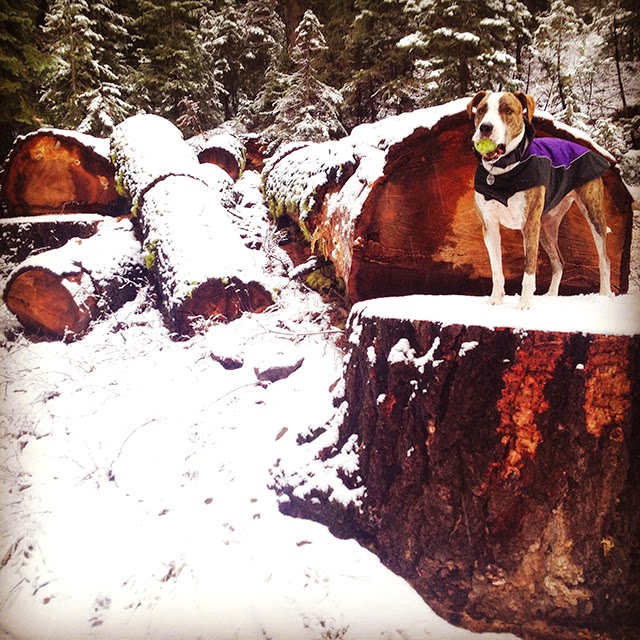 Here are the resolutions I wrote for the dogs back in 2013. Drum roll please...nothing has changed!

- keep good stuff away from Norman 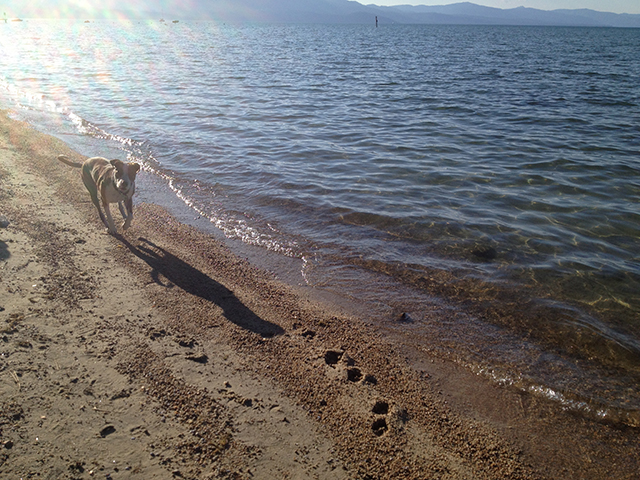 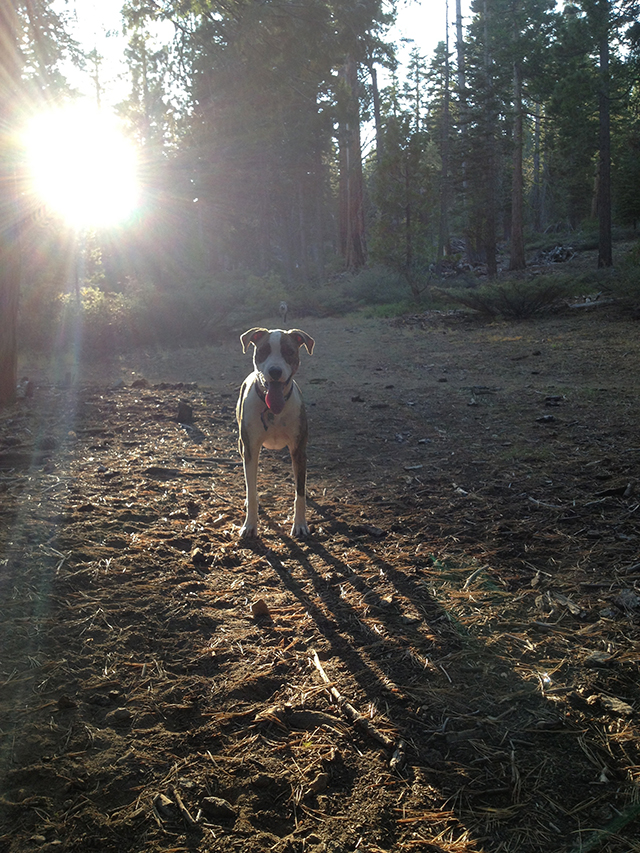 - get more snacks from the snack lady

- prove to Kaya that i can be cool too

- find more stinky stuff to eat off the ground

- did I say kiss more faces? 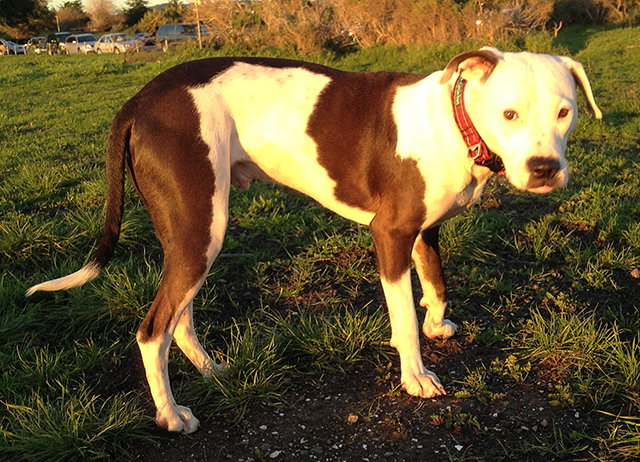 - remind my cat how much i luv her fish breath

- finally break through to China while digging at the beach

- NEVER get in the bathtub 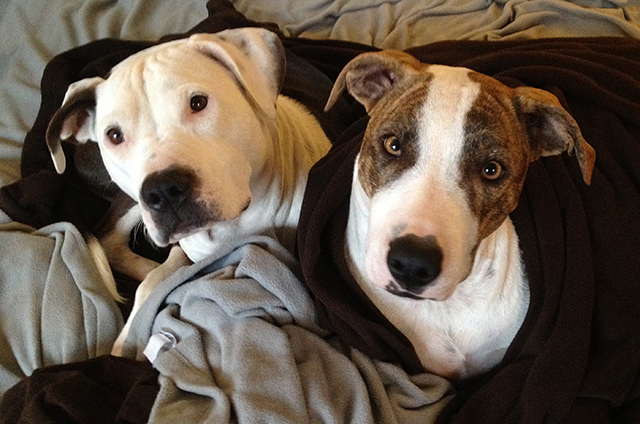 I hope you all had a safe and happy new year!!