A few days after Kaya's near death experience, we had yet another close call. This time it could have been all 3 of us! We were out on a walk in the woods by the house. Kaya and Norman were doing their Norman thing...running around, chasing tennis balls, climbing on logs, sniffing and playing. Then they ran down a hill and at first I didn't think anything of it because they typically run in a lot of directions for no good reason. 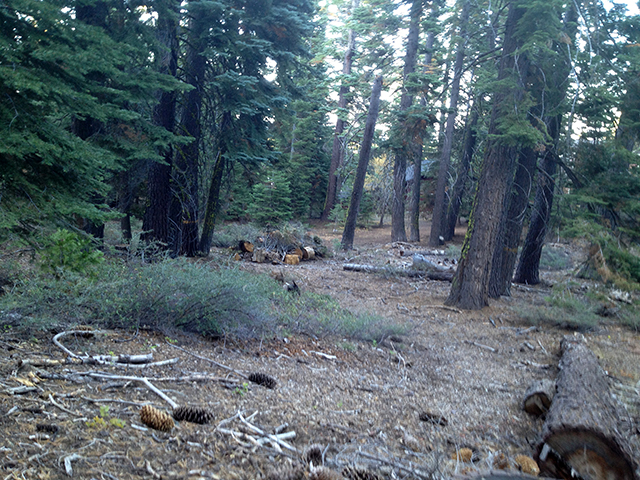 But then I saw what they were headed to check out...a big brown bear. I called them and of course Kaya turned around right away and ran back to me.  But Norman stood there like a deer caught in headlights, not barking or moving at all, just standing there. By now, the bear climbed about half way up a tree. I think Norman wanted to turn around and come back, but was afraid to turn his back on the bear. I wasn't too concerned at this point because I've run into bears up here before and they are always run up trees when they see people and dogs and they don't come down until everyone leaves. Zoey and I followed one through the neighborhood once and it scurried up a tree as soon as it saw us.


So I kept calling Norman and only about 10 seconds went by, when the bear started climbing down the tree and growled at Norman. As my heart jumped into my throat, Norman spun around and ran faster than I ever dreamed he could run. Though the bear never actually moved away from the tree, Norman kept on running, with wide eyes, 'til he was back with Kaya and I and we high-tailed it out of there.


Though curiosity got the best of me and I had to go back to get a better look at the bear. I was trying to figure out why it went after Norman when all the others had acted so scared. We we got back to the same spot I told Kaya and Norman to stay so I could walk closer very quietly.


Then I saw...it was a momma bear and her two little cubs. While, I crouched down to take some pictures, she didn't seem to notice us or care at least. They were so beautiful to watch...I could have stayed there all day! 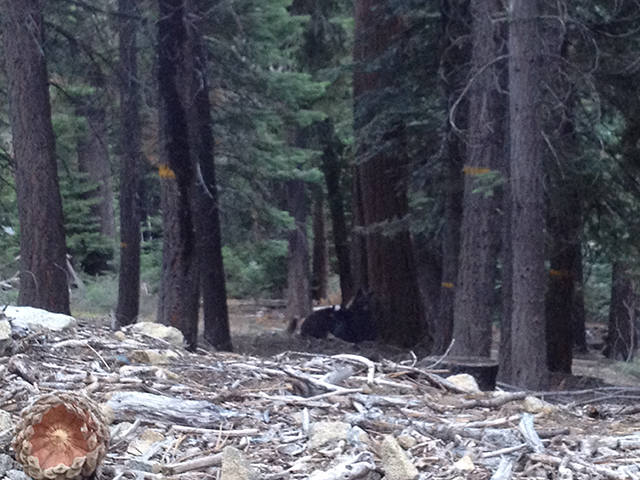 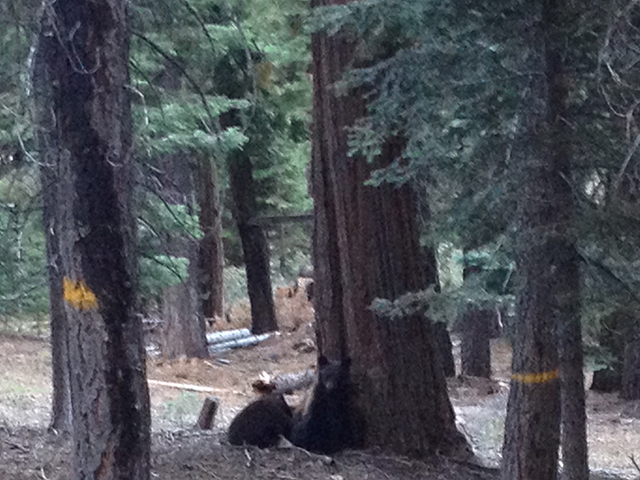 But the momma bear decided it was time to move on and so I did too. 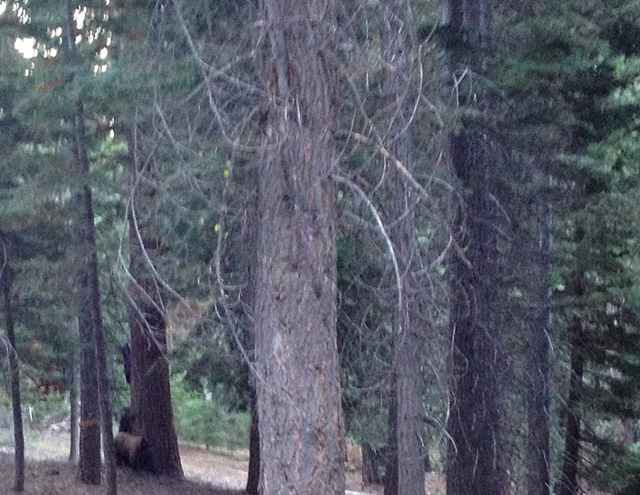 Has anyone else's dog met a bear or another wild animal they were not expecting?

Related Posts:
Kaya's Brush with Death
Pitties Explore Lake Tahoe
The Next Generation
Posted by My Two Pitties at 11:24 PM