Between Christmas and New Years we got to spend a few days at Lake Tahoe which meant snow, cuddling family, snow, neighborhood dog friends, swimming(*gasp*) and more snow! 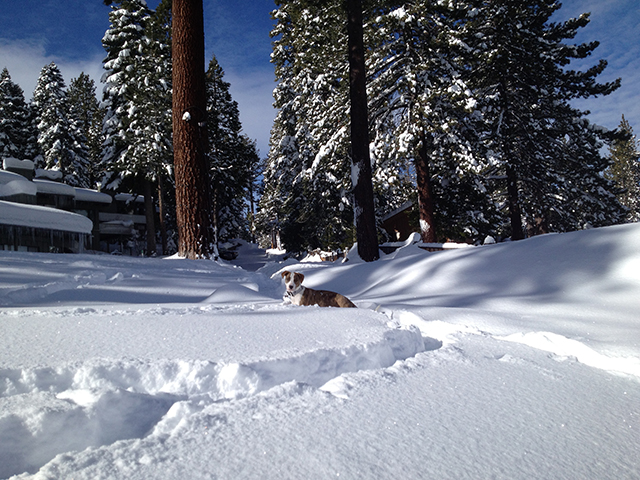 The first day was so sunny and nice. We had to go straight to the beach(now covered in snow)!

Their favorite activity quickly became finding the tennis ball in the snow. Kaya would toss the ball herself, just so she could dig for it again:)

And they really enjoyed checking out this snow tunnel on the dock. 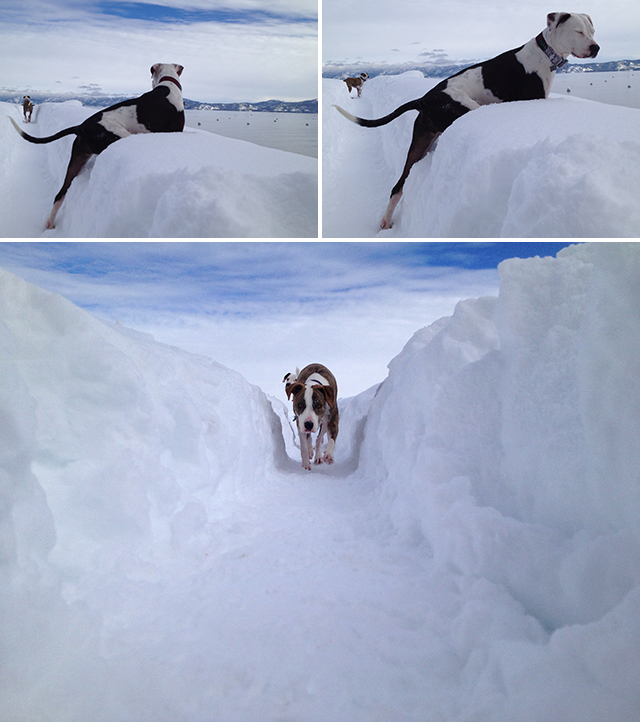 There were a couple snowy days so Kaya & Norman got to wear their new coats! My sister-in-law helped me pick them out. She said they were "slimming" and since she is a NY fashionista so I believe her, though I'm not sure if Kaya & Norman are concerned about their figures...lol. We went on a walk and she got some cool pictures with her "real" camera:)

I don't think mile-a-minute Kaya cares about the cold or the snow, but I'm pretty sure Norman was appreciative of the added warmth. 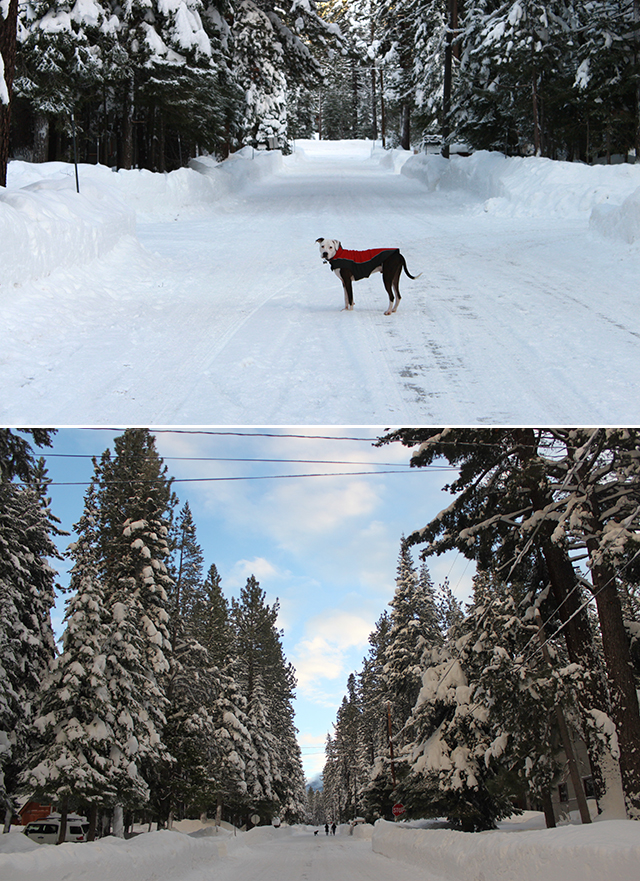 The next day some of their neighborhood buds were out to play. They were so excited!

And there was some essential cuddling at night. The only problem was that my sister-in-law is pregnant and Norman wanted to lie right on top of her:/


Our last day was beautiful also. We went back to the beach for a final romp. Though the temps were somewhere around freezing, crazy Kaya insisted on going for a swim. She was convinced that an object floating out in the water was her ball(which was actually buried in the snow somewhere). I didn't get a picture, but she swam all the way out to the buoys:/ 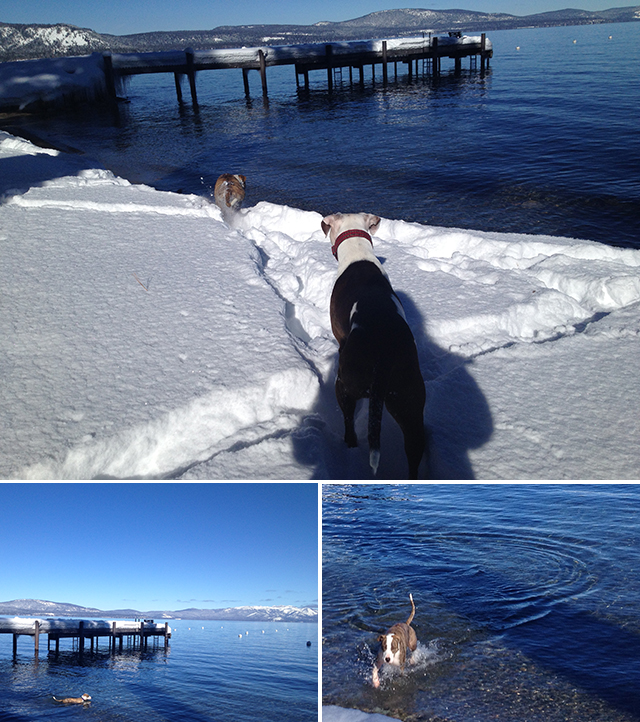 And of course, I made them pause for a photo shoot. 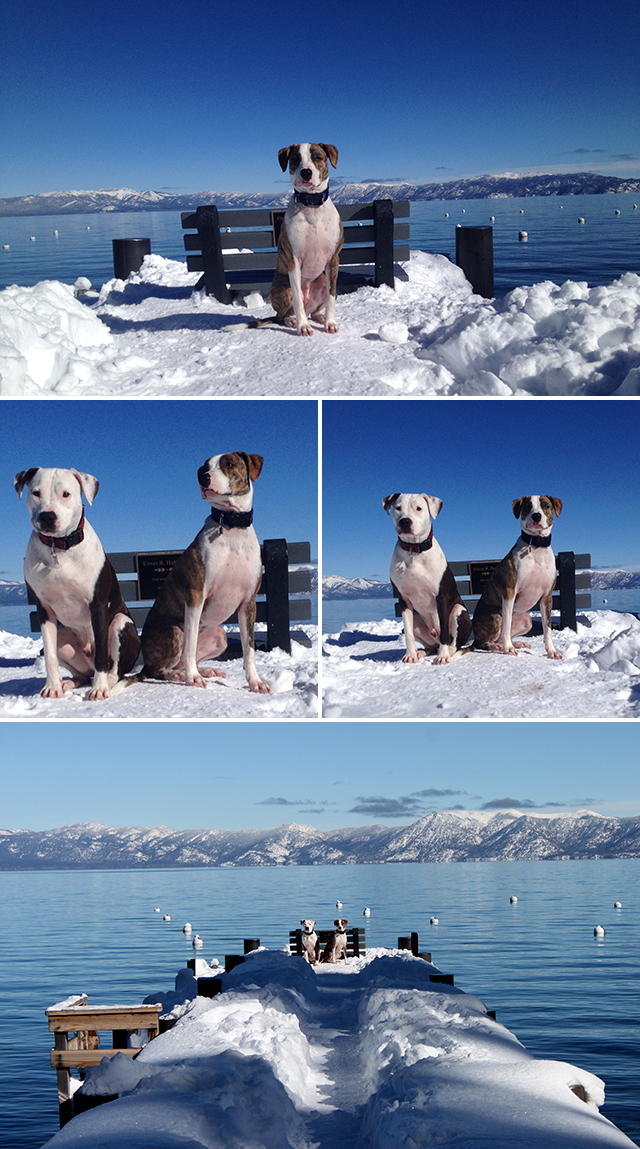 And Kaya always has to be first... 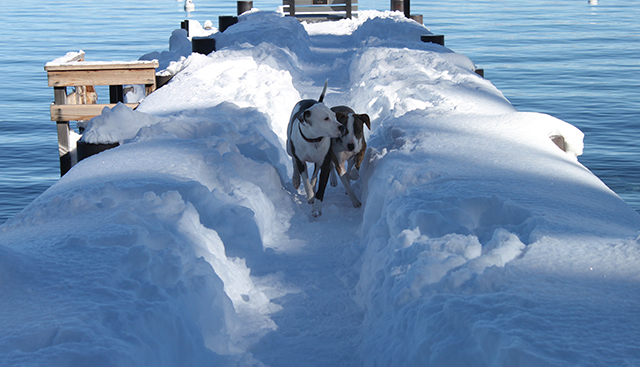 We had an interesting encounter with a family and their 2 dogs. They headed down to the beach while we were playing and the little boy said, "uh oh dad, it's a pit bull." And to my surprise the dad said, "I'm sure they would not be allowed off leash if they were aggressive. A dog is only as bad as its owner." Then he was delighted to let Norman run around and play with his little dogs, who were actually pretty darn rude, but Norman was enamored none-the-less.

I did not want to leave:( Something tells me the dogs didn't either!

Hopefully we'll be back sooner than later:) Have you been enjoying the snow this year?