I just got back from leaving my puppies for the first time. I didn't know anyone personally who could take care of them so I had to find someone on Craigslist. She had good references and experience in animal rescue and pit bulls so it seemed like a great fit. She also agreed to stay here and keep an eye on the cat too. My biggest fear in leaving them is that they wouldn't listen to a word she said. Since they've only ever been in my care since they were 3 months old I had no idea if they would respect another authority. Even commands like off and drop they completely ignore to friends and family. 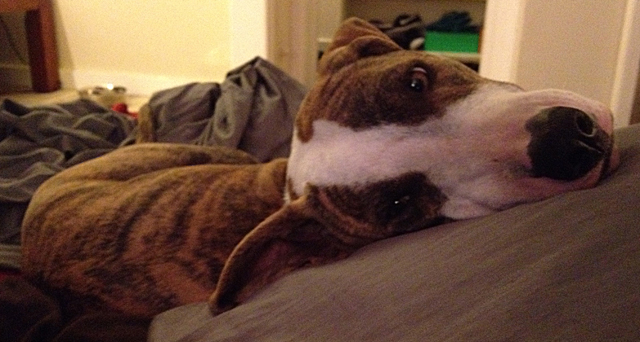 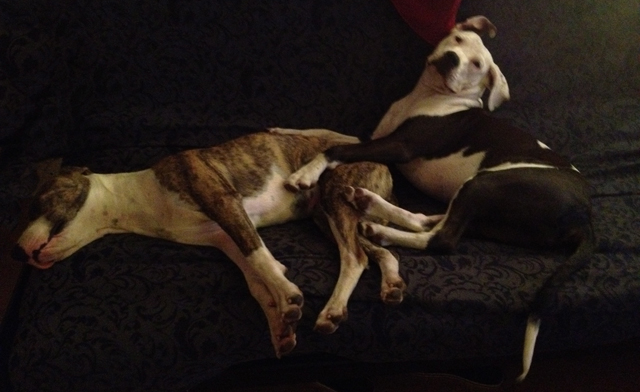 So upon my return I learned they they had indeed tested some new behaviors which they never once did with me. They ripped up their bed(I have never had either of them destroy something they shouldn't - and this was when she was home!) But later I saw that she didn't give them any of their knuckle bones I left. They woke her up at 5:30 in the morning whining for no reason (I have to convince them to get up in the mornings - around 10). They licked her feet uncontrollably (why not just tell them to stop it?) Kaya was begging her for her food (I have never given my dogs people food and they completely ignore me or anyone else while eating). Norman was eating his poop (he hasn't done this in months) but I came to see that my very small yard was filled with poop:( And Kaya was peeing on the deck (she maybe did this once when I was potty training her...WTF?) She also said Norman peed on the bed while she was right there (he has never done this with me - so weird.) And she said Norman was barking at people in the front and the back. I have never heard him bark at someone in my life and I he doesn't even know I have a back door. But did she even correct him?

Even as I was standing there talking to her they began wrestling and I decided it was enough and said "hey" to them. The immediately came over to me and sat down. I looked at them and they lied down at me feet. Her response..."Whoah, they never did that for me." Hmmm. 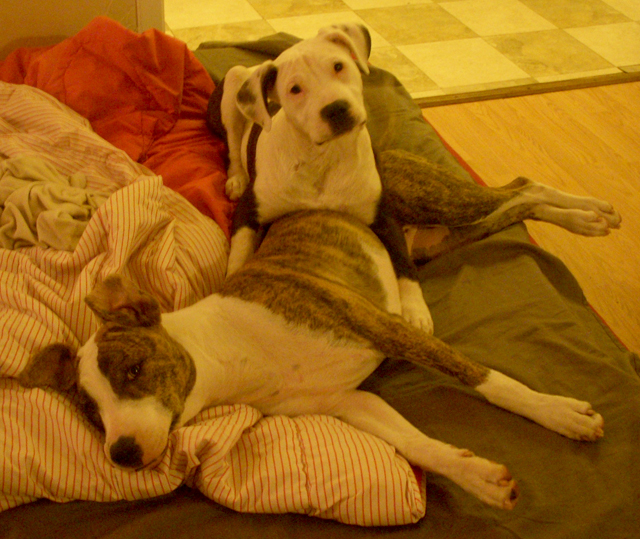 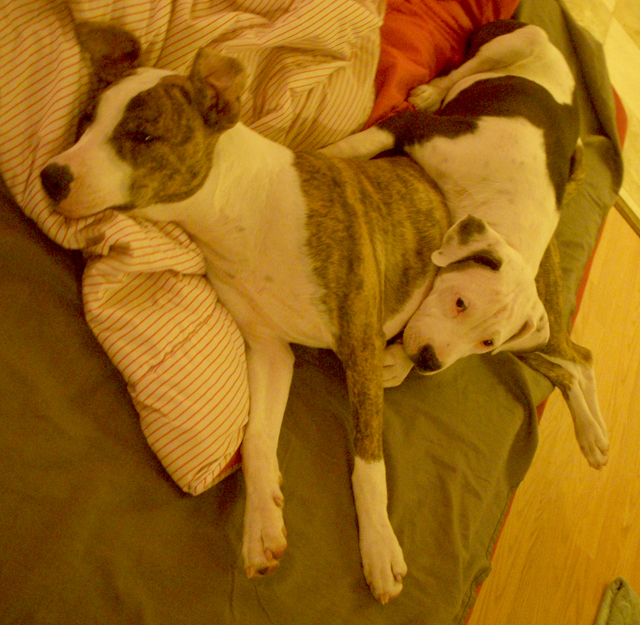 On the flip side…when she took them swimming and told them to come they came running over and sat at her feet while her own dog blissfully ignored her - good puppies:) 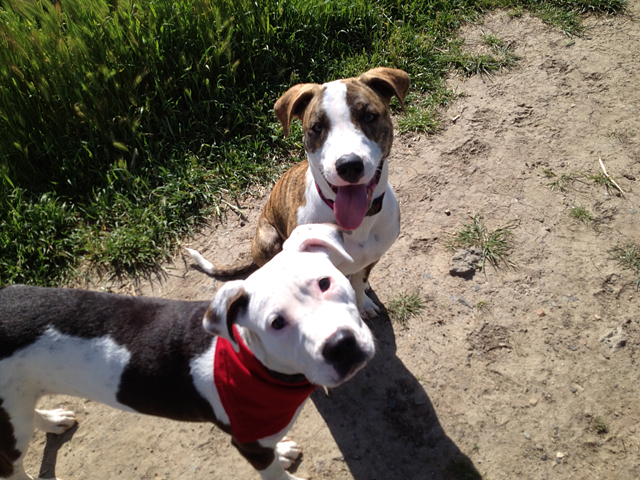 So all this stuff was pretty insignificant compared to the big ordeal. When I was on my way back to the airport on the last day, I got a call from her saying that the dogs were in the pound because someone had opened the gate and picked them up on purpose. She said Norman barked at someone walking by and she believes the person returned shortly to let them out once she had gone inside. She said she immediately called animal control and it took 20 minutes for her to get through…by then the dogs where there. I tried to piece the details together but without being there I didn't really know what happened. 1) It was the total truth and that would be really upsetting to think someone in my neighborhood would do that. 2) She left the gate open by accident and didn't want to tell me. 3) She didn't realize she left the gate open and she thought this happened. 4) There the meter reader or postman comes into the yard maybe he didn't close the gate right.

In any case, my dogs where stuck at the pound and I was stuck in New York with weather delays on my flight. She had to wait until 4pm to pick them up and it was only noon there. I kept picturing them on a cold concrete floor and it got me all upset. Plus the shelter wouldn't give me any info on the person who dropped them off except they had them in their car and brought them in because they were roaming the streets, but they were found on the street that I live on. Also, you have to physically pick up and put my dogs in a car because they won't just jump in on their own.

Luckily by the time I landed in Chicago(layover) I had a message from her that they were home safe. Kaya was very hungry because she is way too fussy to eat "prison" food. But Norman was very bloated and farty because he had obviously eaten it. When she picked them up, the staff were disappointed that they were leaving already because they had become shelter favorites already. Sadly, they were just 2 dogs in a sea of homeless pit bulls left behind. She said most of them were barking and lunging at their kennels while Norman and Kaya sat there wagging their tails. Norman did not want to leave due to the large amount of attention he was receiving. Everyone there repeated "bye Norman, bye" as he left. Sorry Kaya:( I was very frustrated because they went ahead and fully vaccinated them due to shelter policy. How is that even legal when the dogs did not even belong to them? And if they even bothered to scan their microchips they would have seen their records. They didn't even look to see that Norman was neutered.

I was pretty pissed at the whole situation. I don't know who to blame or how to find out what really happened. I probably never will. I am trying to remind myself that it could have been worse. They could have been injured, lost or really stolen so there is a bright side. I took them to play and swim when I got home and watching them running in the sunlight I thought about what their lives would have been like if I didn't adopt them or if they were still stuck in that kennel. And I thought about all the other pitties who didn't have a ticket out of there that day. So sad. 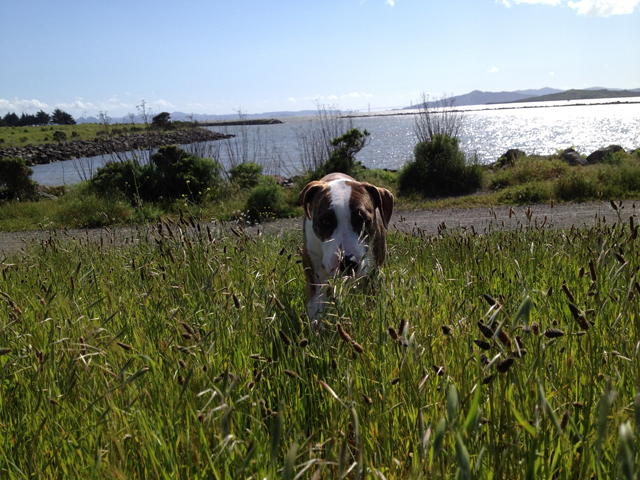 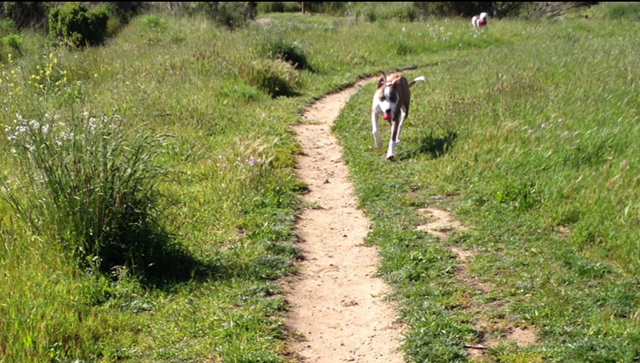 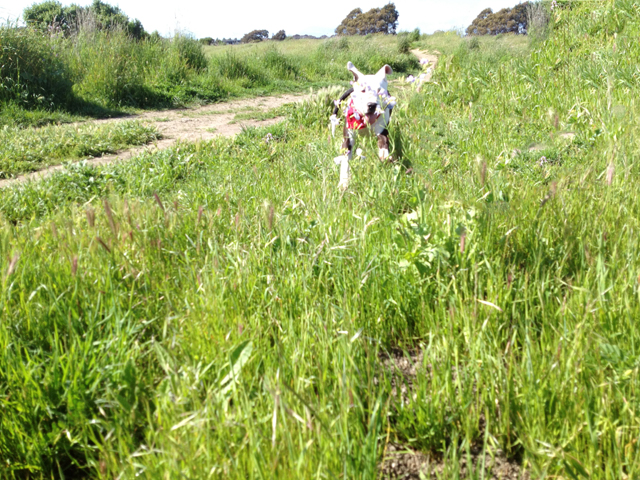 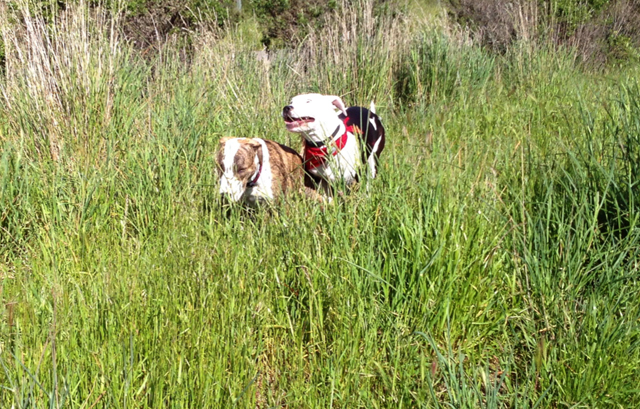 I don't know what I'll do next time I have to leave town. Maybe I'll never leave them again! 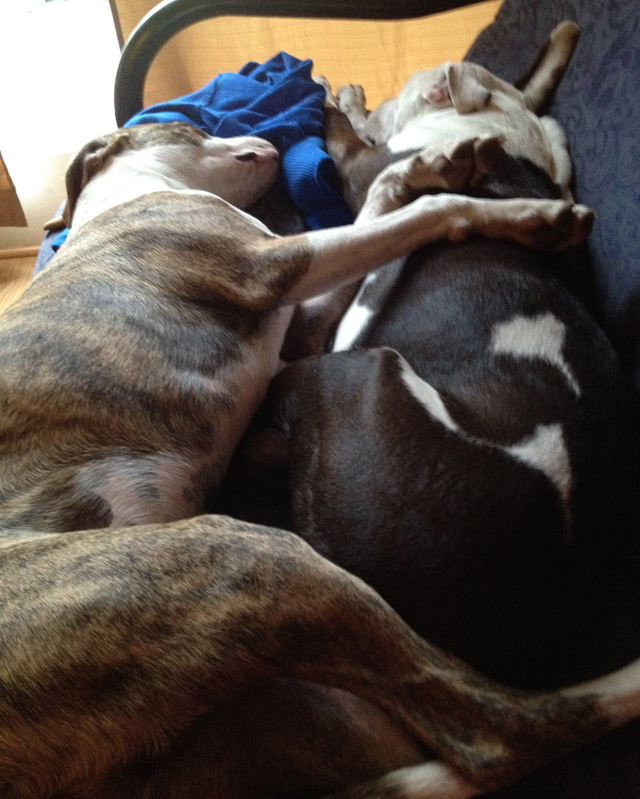 So I was walking the dogs yesterday evening and a family pulls over in their van with kids and their brindle pit mix in tow. They said they were so glad I got my dogs back because they were the ones who found them and brought them to the pound. I told them I was so relieved to run into them because I was fretting that someone had a vendetta against my dogs and let them out on purpose(though this was a dwindling reality in my mind by now). I explained that they were being watched for the first time by a new pet-sitter. They live almost right across the street from me and said the dogs turned up in the morning greeting their dog through the fence. They noticed my dogs had no collars on and so they brought them in and they spent a couple hours in their yard playing with their dog(their new best friend). When no one came looking for them, they brought them to the shelter the even waited to make sure they were microchipped. I thanked them for helping my dogs and they even said we should get together for a doggy play date! I least I have my answer now, but I'm still fretting looking for a new pet-sitter:/ Maybe I'll ask those people...