Kaya recently landed herself in a cone for 2 weeks. While we were out hiking, she was running around with Norman and than ran up to me with blood gushing from her leg. She wasn't freaked out, just like well, WTF do I do now? For some reason I grabbed a tissue from my pocket to put on it, immediately realizing it would do nothing to soak up so much blood. So then I took off my hoodie and wound it tightly around her leg to at least put enough pressure on it to slow down the bleeding. We were both covered in blood and it seriously looked like a scene from The Walking Dead, especially because we were out in this lush wooded area. 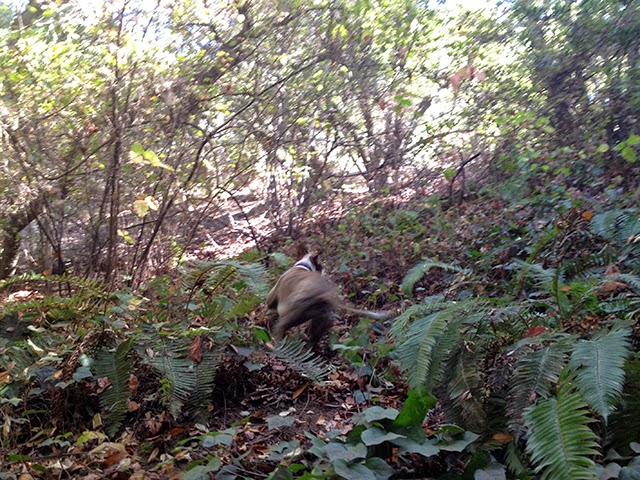 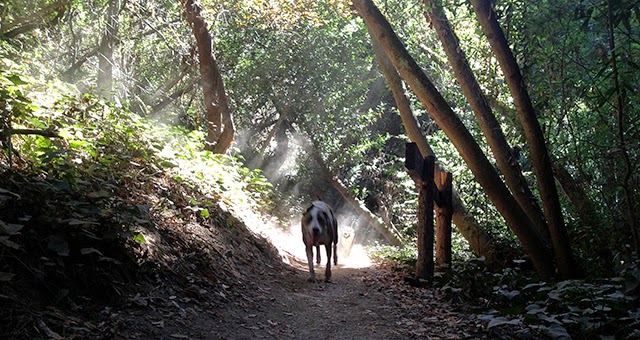 I tried to decide what to do next. I couldn't carry her because the trail back to the car was too treacherous. No one was around to help or borrow supplies from so I decided to just hustle back to the car as quickly as possible. I tried to tie the hoodie on tight but it didn't last long so I gave up on that and just picked up the pace. Kaya acted as if nothing at all had happened and trucked along with no reservations. I only had to remind her a couple times not to pause and lick it. 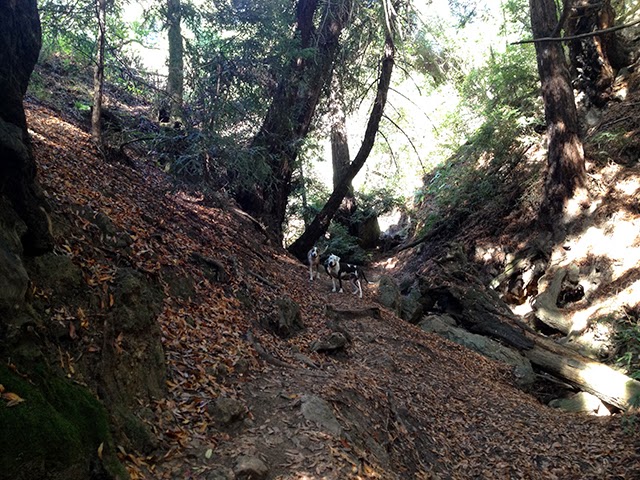 The trail is only a few minutes from my house so we were home quickly. I cleaned and bandaged her cut and saw how bad it was. Several hours later, we were home from the vet with 6 stitches holding her wound together and a cone on her head. 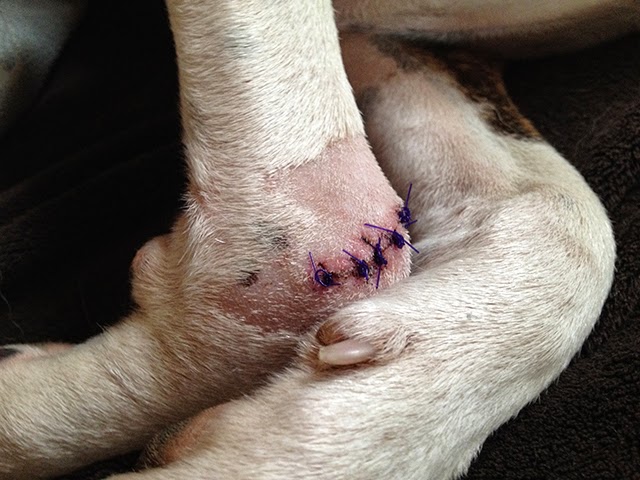 She had to live in her cone for 2 weeks. She's a very licky dog so as soon as I took it off, she would have her tongue on the cut so I only removed it for walks and eating. But she figured out how to navigate quite well with it on and was pretty calm without being able to get up to her regular antics. 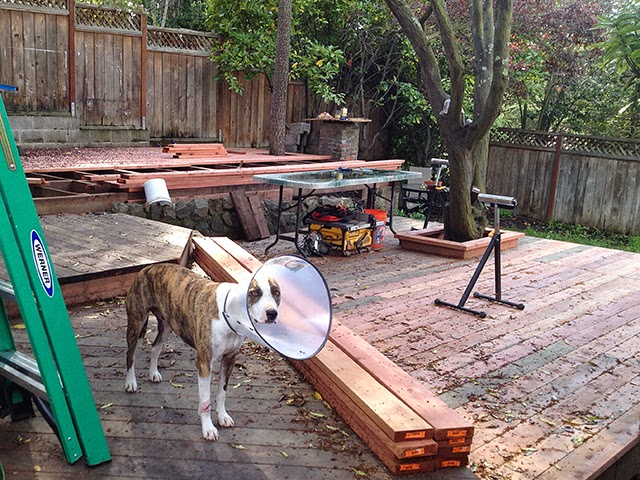 And of course, her buddies kept her company. 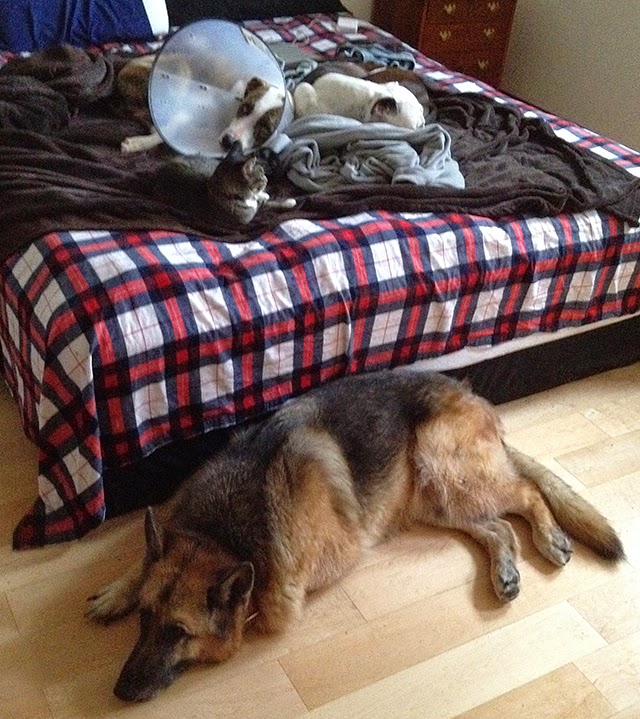 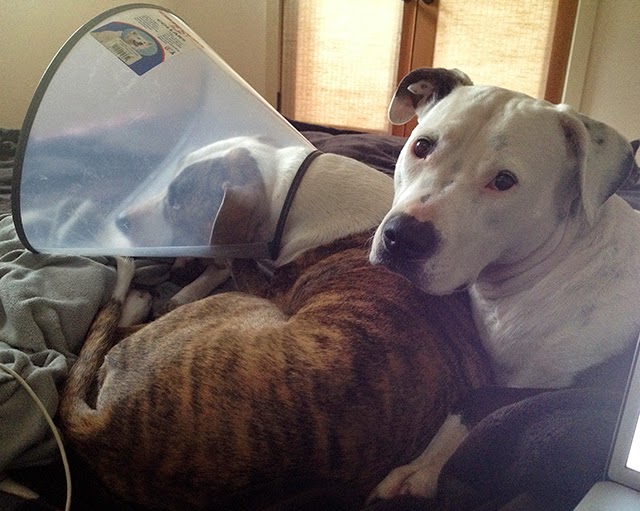 Unfortunately with the cone, she couldn't even chew on a bone and worst of all, she had to stay on leash for all of our outings. It had been years since I'd hiked with her on leash but she remembered her manners and did impressive job of bottling her energy. Luckily all of our heel training around the neighborhood paid off. 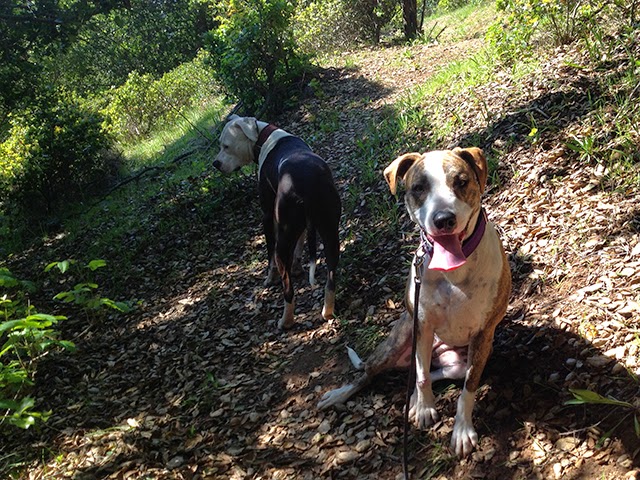 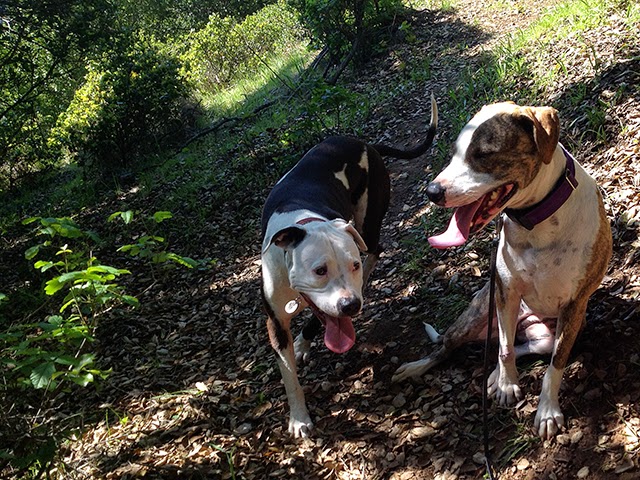 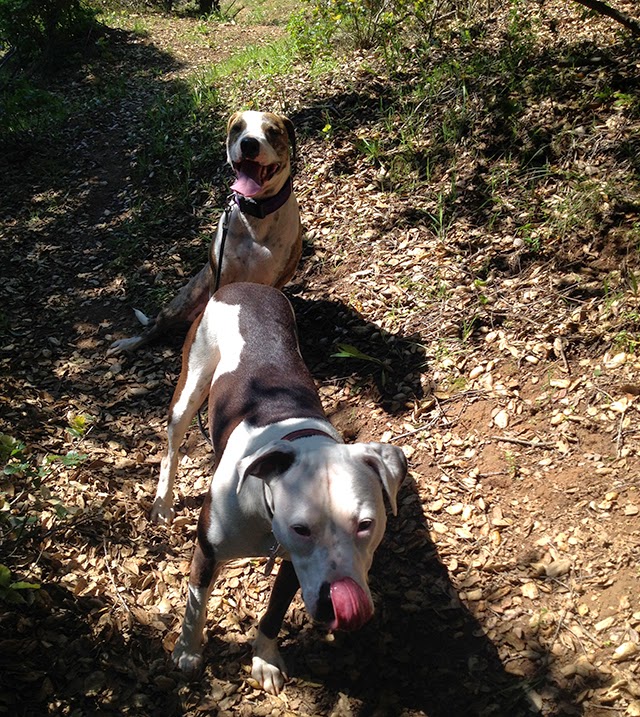 The cutest thing was that she was still super cuddly in bed but she doesn't realize that it wasn't very comfortable to have that plastic thing rubbing up against my face(or Norman's face). And she obviously couldn't burrow under the covers with it on so she kept trying to figure out how to roll herself up like a burrito. 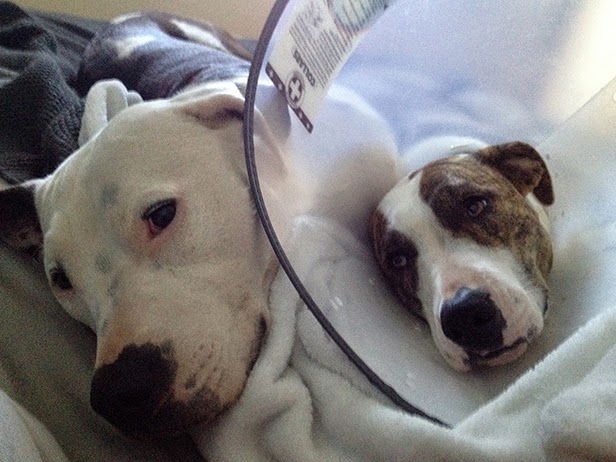 Last week she finally got her stitches out so she is now happily cone free! 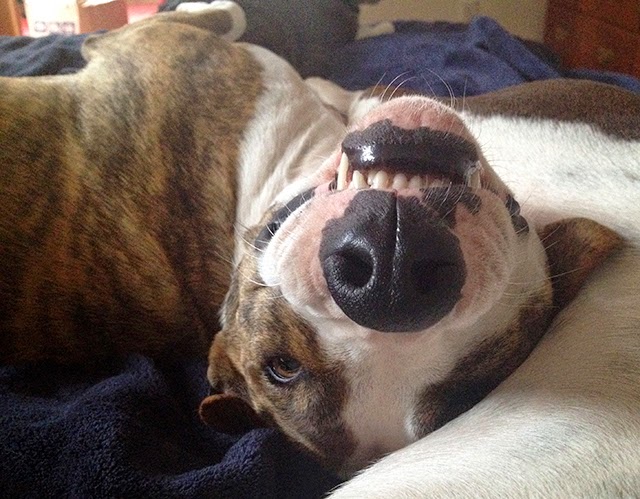 Has your dog ever spent an extended period of time in a cone?