When Kaya and Norman were puppies we had a string of foster cats in the house. It took Kaya a few days to learn to be calm around the cat, to respect his space and when he would chase and tackle her, it didn't necessarily mean he wanted it back. I spent several hours sitting on the floor with them, dishing out treats to promote calmness and it paid off. Kaya soon became the cat whisperer and all the kitties, even the real scaredy-cats became her little shadows. 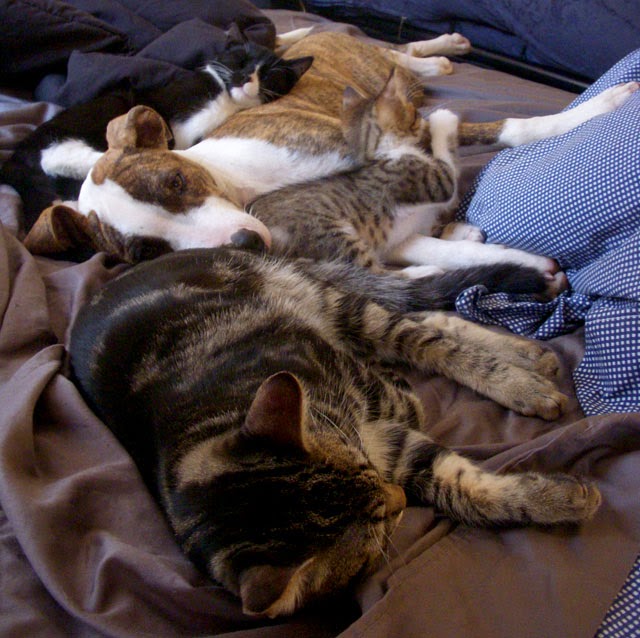 Unlike Kaya, who I got to know for a month before bringing a cat home, Norman got to meet the cat on his first night since I already had Marty at the time. I had no clue if he had ever seen or interacted with a cat before. As a 3 month old puppy, I doubted he would be much of a problem with them but I envisioned needing to work with him on it like I had with Kaya. 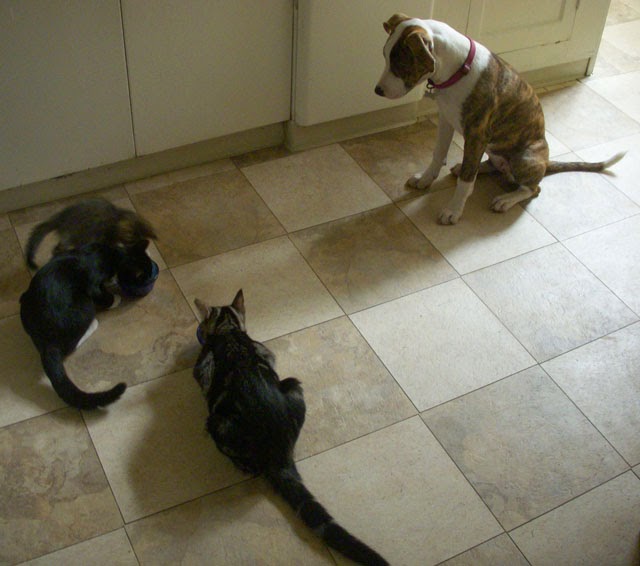 I was wrong. It was dark when we arrived home for the first time and I brought Norman into the yard, let him off his leash and headed for the front door. Just then Marty darted across the deck, leapt on and off the fence and scurried around us like a Tasmanian Devil. Norman looked at the psychotic ball of fur, wagged his tail and looked up at me. Marty rubbed himself back and forth on the new puppy and Norman reached out for his first cat kiss. That night, Norman and Marty continued their bonding session and the rest is history. 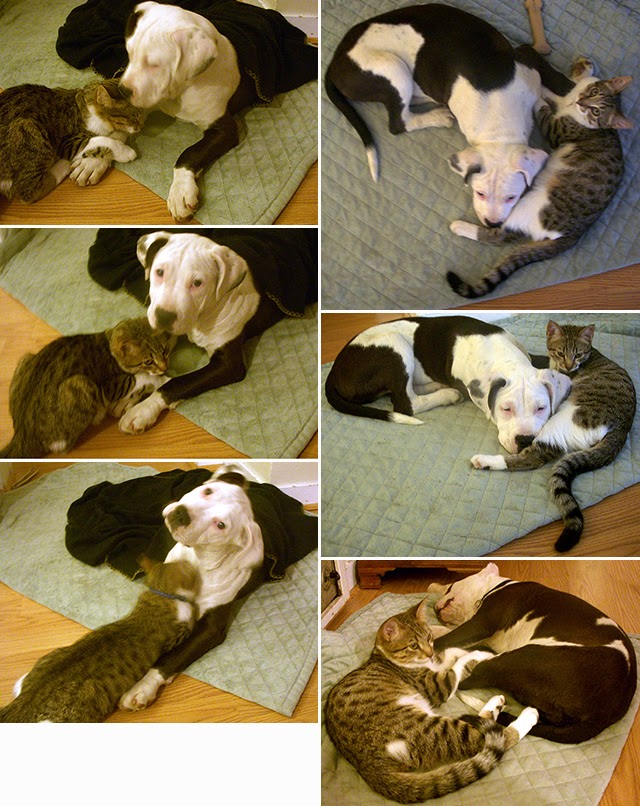 Norman now finds himself as Gina's main squeeze and welcomes cats everywhere to lean in for a kiss.


What do your dogs think of the feline kind? How was their first meeting?