Car rides are not Norman's favorite activity. Though he doesn't love it, he is okay in my car. It takes multiple delicious treats and a lot of patience to get him in every time. He likes to stick his head out the window but the rest of the time he faces backwards with his head wedged between the headrests. I guess it makes him feel more secure.

But the Jeep is a whole other story. He really hates it. He doesn't have the back seats to stabilize himself and he can't stick his head out the side window because he insists on sitting in the back looking out the back window. And he also doesn't like to lie down because he wants to see out the window so he's constantly struggling to keep steady when the car moves around. It's kind of a no win situation for the poor guy. Since we had to take the Jeep down to LA, I wanted to make it as comfortable as possible for him. So I set out to find him a really squishy bed with sides to help him feel more secure. I ended up finding this one at Target and Norman loved it. I think it helped him a lot. 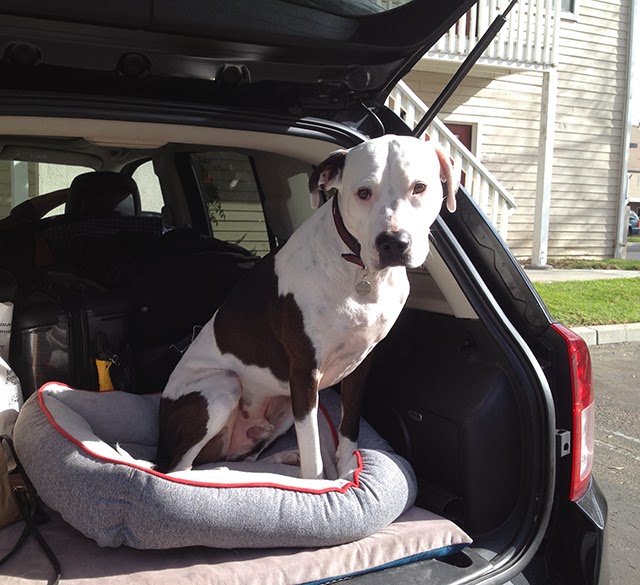 It was a bit small for him but fit just right when he wanted to curl up or lie down. And I ended up putting his memory foam bed underneath for more comfort. A lot of the time he would sit in the squishy bed with his front paws on the memory foam bed. Hey...whatever works. 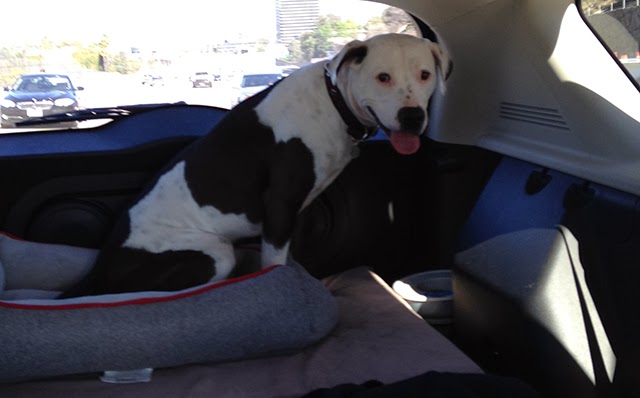 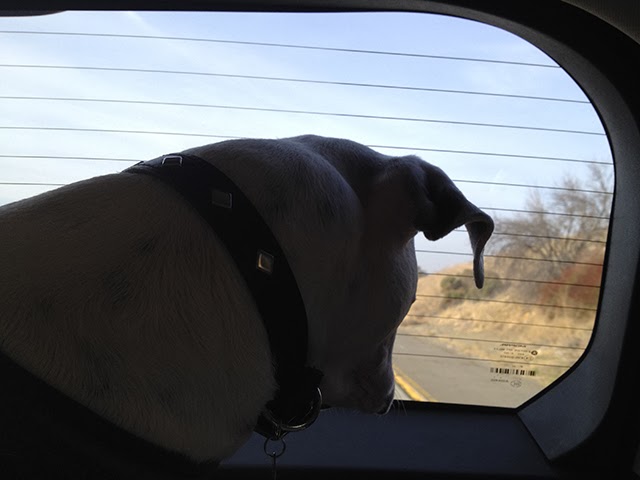 But he was a lot more nervous when all the luggage was in the car. He always seems to think the door is going to hit him even though it never has and I always shut it gently. So with the car full, he can't move away from the closing door and then back to his spot. He sits there trembling long after the door is shut and the car is moving. So on I whim I bought him a Thundershirt while I was shopping for dog beds. It ended up really helping him when he got the trembles. 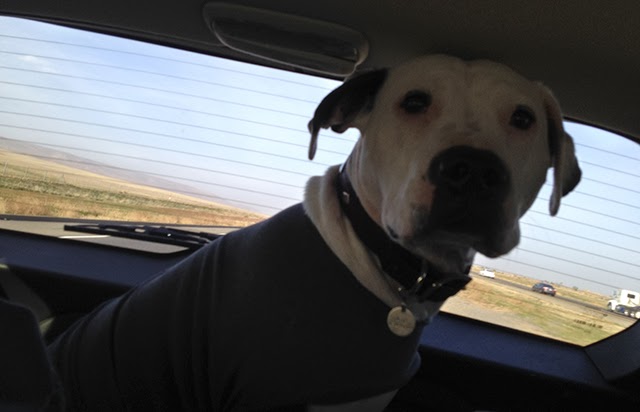 Once he calmed down, I could reach back and take it off him. He only seemed to need it when the car was full. I was very impressed that it helped him so much and relieved to have him be more at ease! 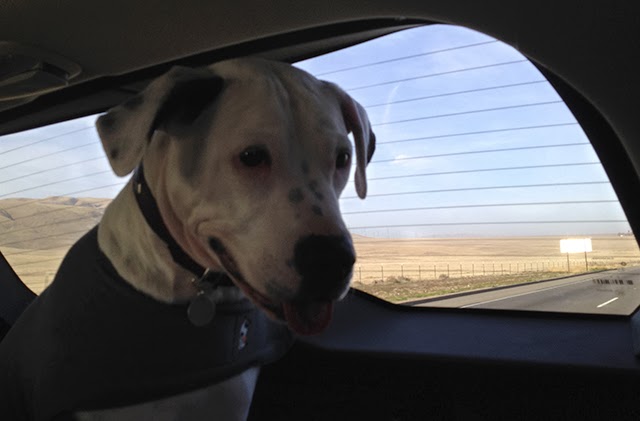 Have you ever tried a Thundershirt?