I had a much better feeling about this potential adoption meeting than the last one. All 3 dogs got in the car and we headed to the horse stable where she boards her 2 horses. I decided that, unlike last time, Shaka needed her canine friends to help her realize that new people are safe and fun. So when we arrived, it was perfect that all 3 jumped out of the car at once. The woman we were meeting, Tamara, was right there waiting for us and Shaka dove head first into the greeting, whether she was ready or not! She walked up to her, tail wagging, and accepted some pets. Shaka is never going to be over-enthusiastic in a first time greeting, so this was really good for her. Tamara was very easy-going and friendly right off the bat. She thought Shaka was adorable and we decided to lead the dogs through the barn to meet her horses.

The dogs' reactions were so funny! They have seen a few horses on our hikes, but never this many so close. Kaya walked along as normal, but every time a horses popped its head over their stall door she would startle and then continue on as if it never happened. Norman considered it his personal mission to try and reach every single horse's nose to give them a kiss. And in typical Shaka fashion, she was totally unfazed. She walked along as if she had seen a million horses and been there a hundred times already. I had Tamara hold her leash so she could see what she's like to handle. She was thrilled at the prospect of having a dog that she could bring with her to the barn every day.


Then it came time to meet her girls, Lexi and her mom, Tickles. They were gorgeous horses and happy to meet the dogs. Norman and Shaka moved in for a sniff, while Kaya whined her little head off because she wanted her run around and check everything out at her own pace:/

So then we went on a hike so Tamara could see how fun Shaka is off-leash and she was pretty much beside herself with excitement. She took a million pictures of her and started sending some to her boyfriend, who also has a pittie and lives in L.A. She pretty much thought everything Shaka did was adorable. I gave her some treats so Shaka marched along beside her and showed off her best obedience skills. Then the 3 dogs found a pool of water to splash around in and a few other dogs came and went. Shaka, of course, was super sweet to all of them which Tamara loved. She made a quick phone call to her boyfriend and told him, "I think I have a dog!" 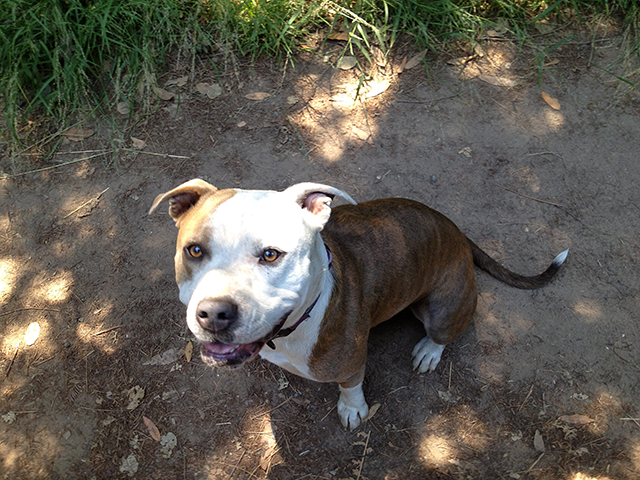 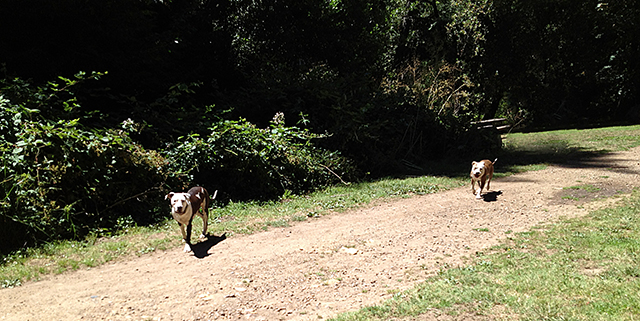 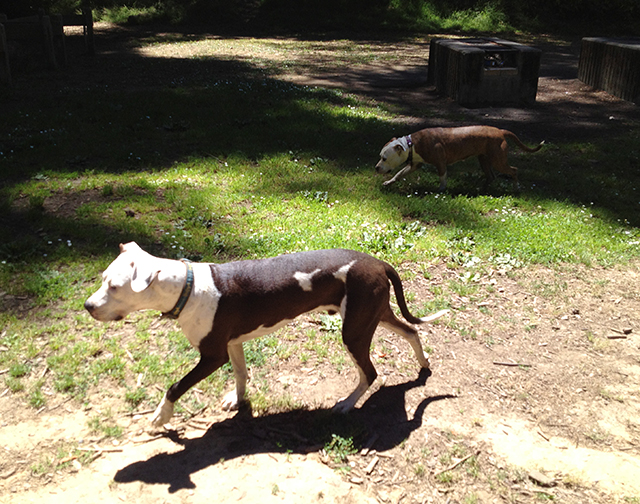 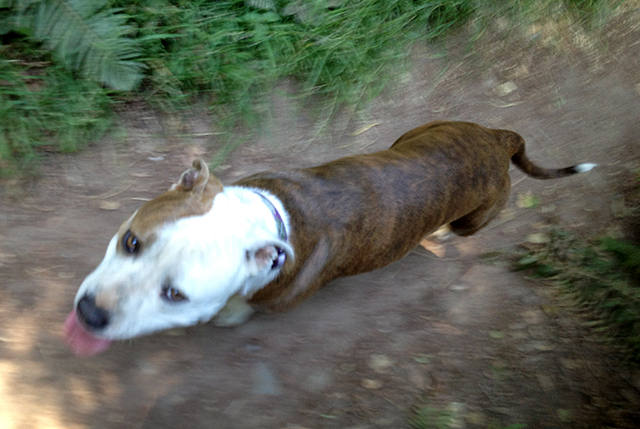 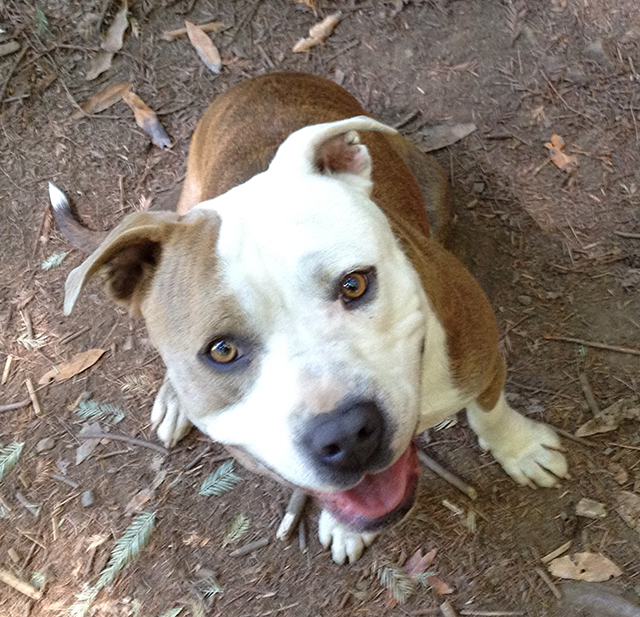 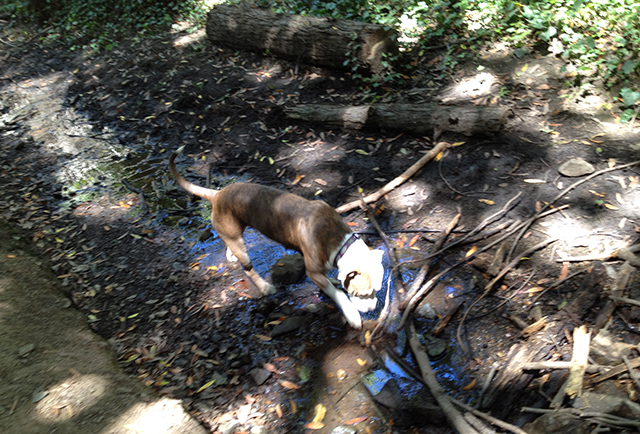 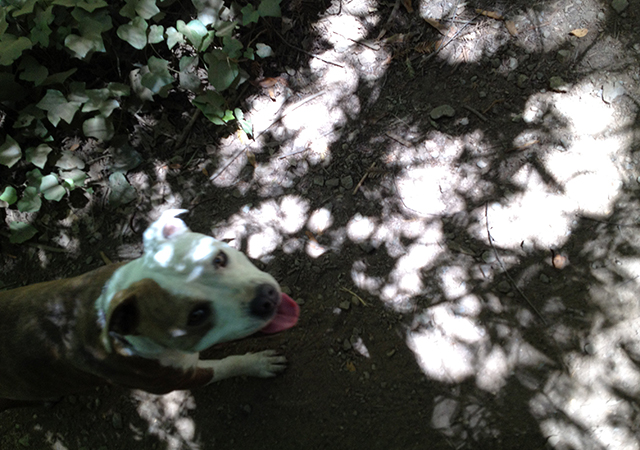 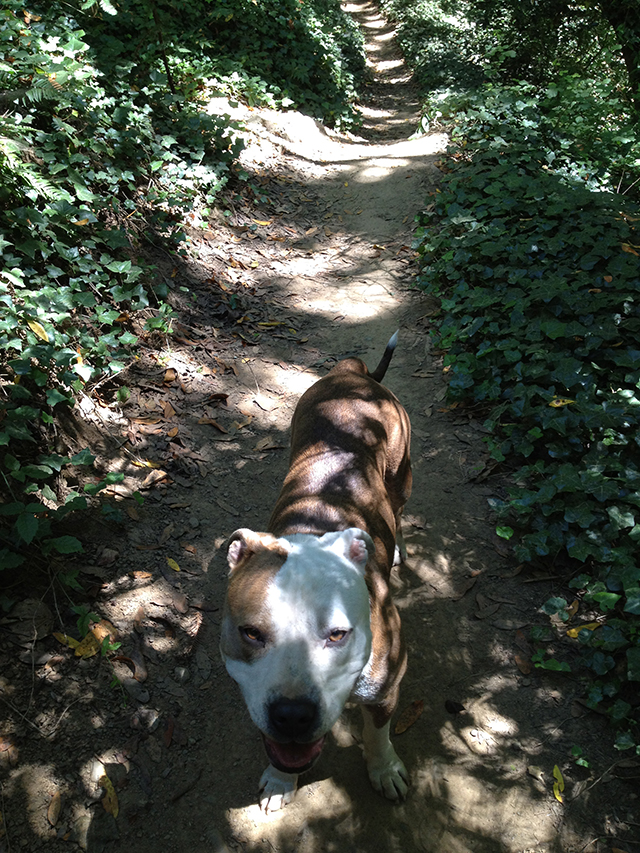 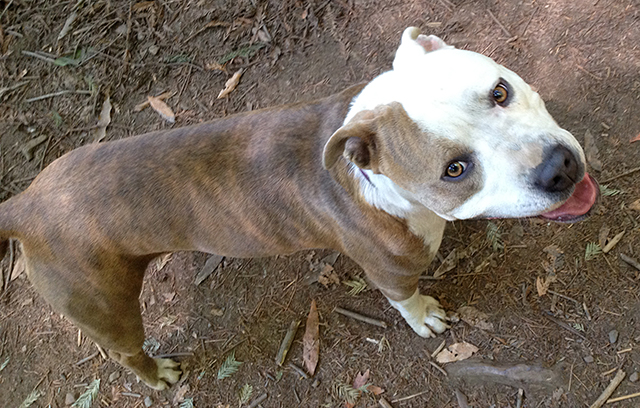 We spent the entire hike talking about the dogs and animals, but mostly Tamara told me back-to-back stories about her various pets, past and present. This woman was a true animal lover and put her pets before anything else. I informed her that Shaka had pretty bad separation anxiety and would probably bark and whine for a while at first when she's left home alone. Tamara said it would be no problem because she lives in a duplex and the man who lives below her is mostly deaf. On top of that, he has been urging her to get a dog so he can spend time with it while she's at work. Also, she works 4-11pm shifts as a paralegal so she can spend the whole day with Shaka before heading to work! 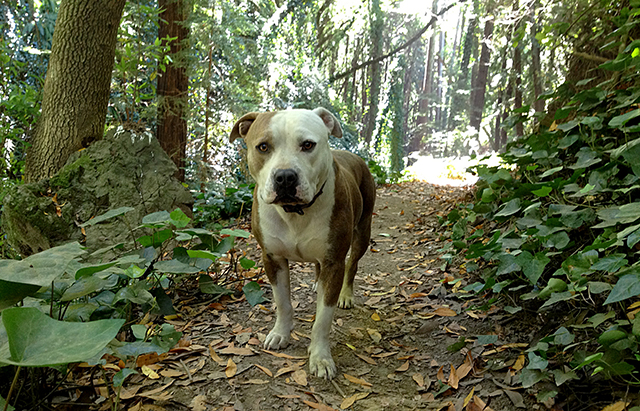 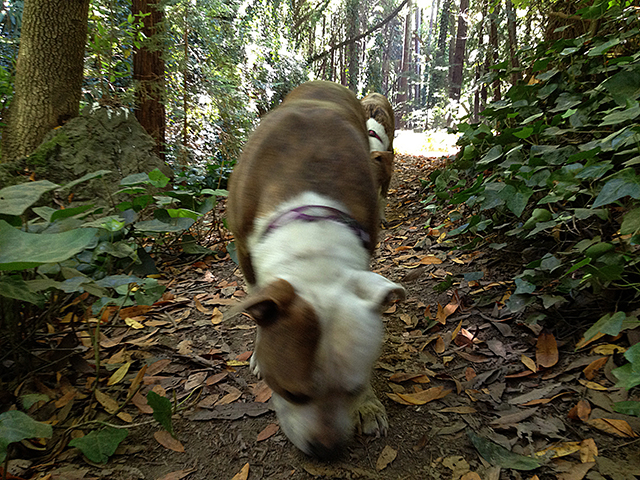 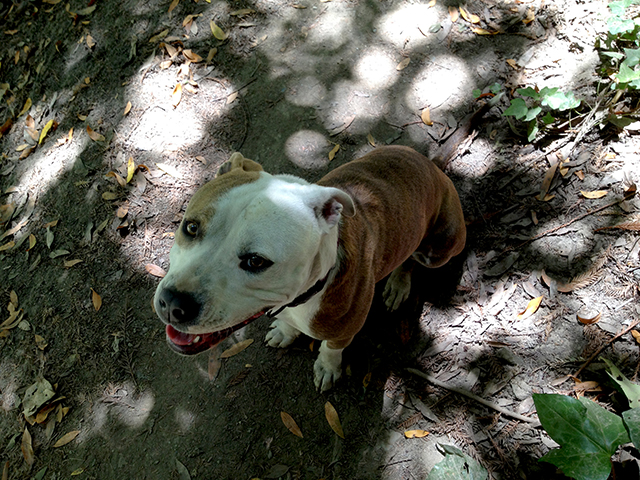 As we headed back to the barn, Tamara confirmed that she definitely wanted to adopt Shaka so we agreed that she would take her home that night. I planned to meet up with her in 2 weeks to take Shaka to her spay appointment and we'd sign the adoption papers then!


Once back at the barn, we let the dogs watch the horses run loose in the arena. We stood right by the fence, but none of them were interested by the galloping and bucking horses. Shaka and Norman actually lied down for a nap, while Kaya looked around, bored. We talked for a while longer, but it started getting late. Tamara was off to Pet Club to buy Shaka all new supplies and her favorite food.

I thought I would have been really sad to see her go, but knowing that she was going to her perfect home and would be loved and cherished for the rest of her life made it so much easier. At one point she buried her head in my lap and we both thought it was so sweet and sad. Then I realized I had the treats in my sweatshirt pocket and she was simply sniffing them out. So Shaka jumped in Tamara's car and lied down on the seat, just as she had done the day that I met her. She was all ready to go.