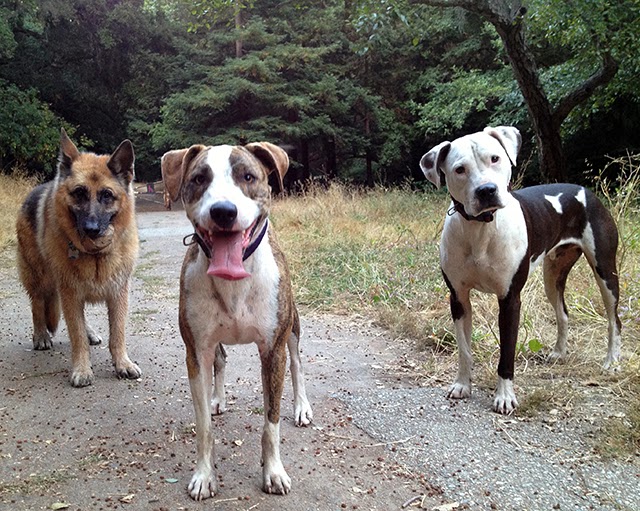 Norman, on the other hand, has a running list of about 5 to 10 nicknames at a time. The list seems to morph, change and grow over time. I use his nicknames so much that I rarely use his actual name except for recall. 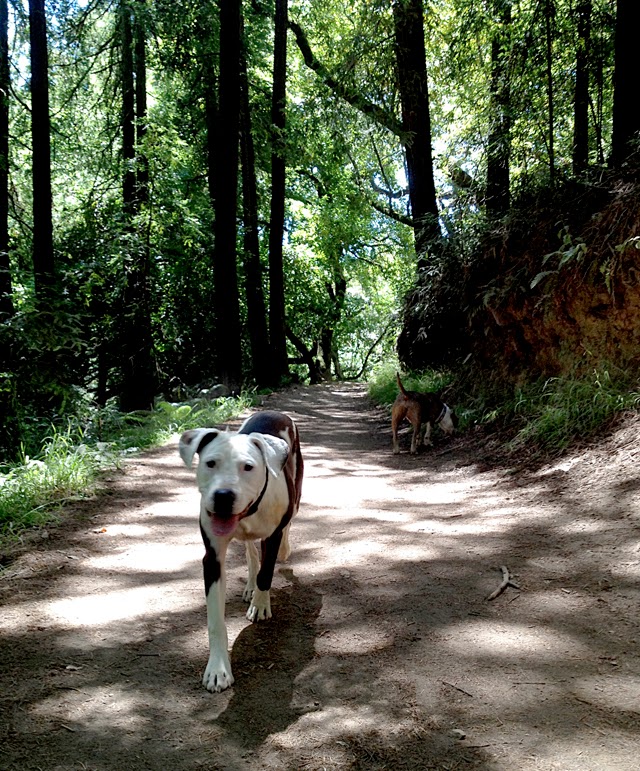 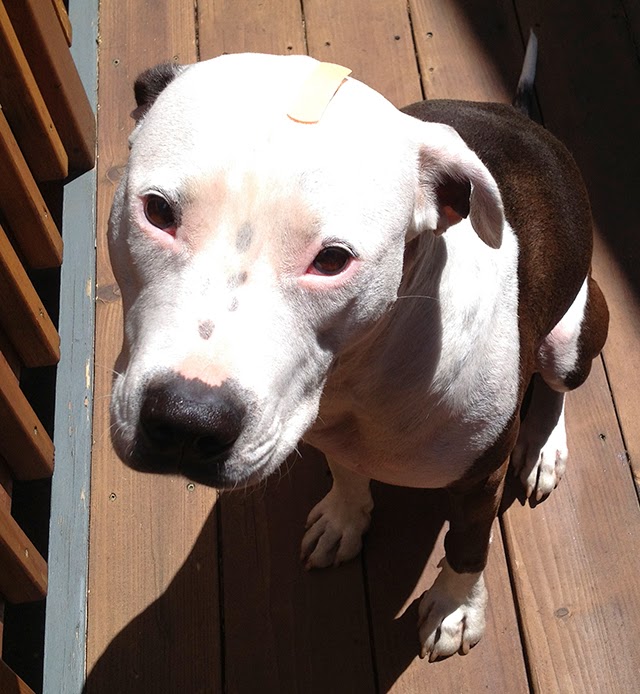 In trying to figure out why I have conjured up so many nicknames for Norman and not for Kaya, I've come to a bit of a conclusion. I think it's because Kaya is so smart and confident, even as a puppy she looked more like a mini-dog than a squishy gangly pup and she has always been so clever and cool. In short, Kaya's too cool for nicknames. 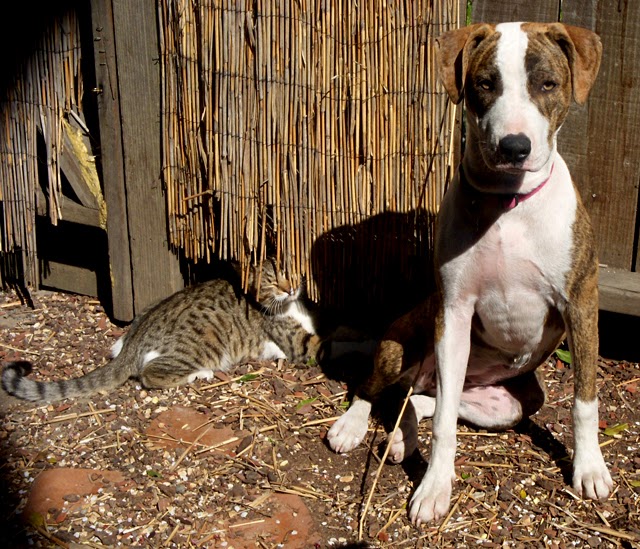 I was joking with friends recently and said that I think of Kaya as more of a peer than my kid like most other pets. Norman, in life, has needed so much more encouragement, coaxing and protecting. He still acts very confused and concerned at times, while Kaya is always on the ball(often literally:) Kaya is also a very excitable dog and so I've learned to tone things down around her, using minimal words in training and using a quiet voice to connect with her, otherwise it's spazz city. 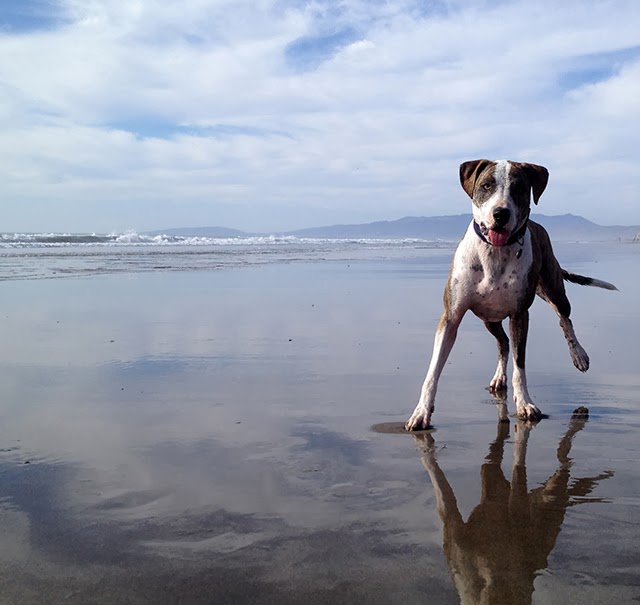 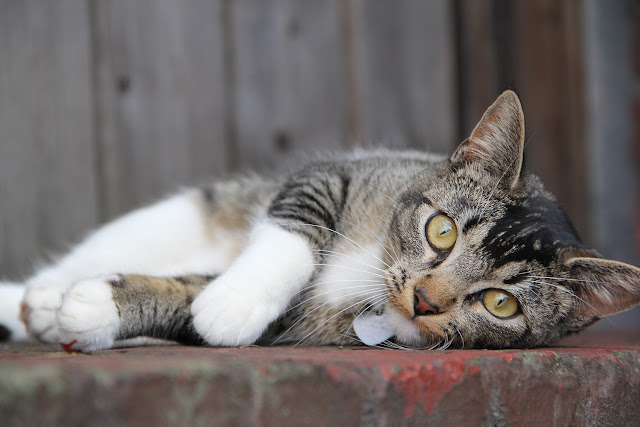 Both Gina and Norman respond to all their nicknames, which just shows me how much I use them! 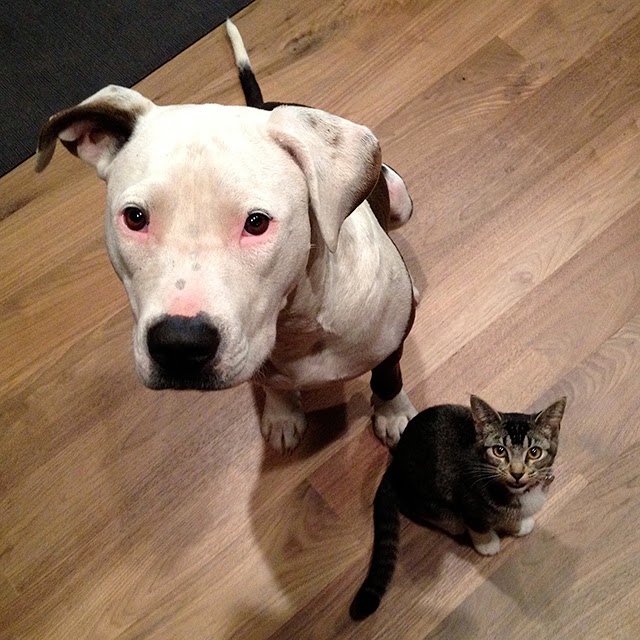 I even have a nickname for Motlie and she is not even my dog! I call her Motliesauce...kind of a play on Mott's applesauce. My brother and sister-in-law call her Mots, Motzerella, Piglet and a bunch of other names. 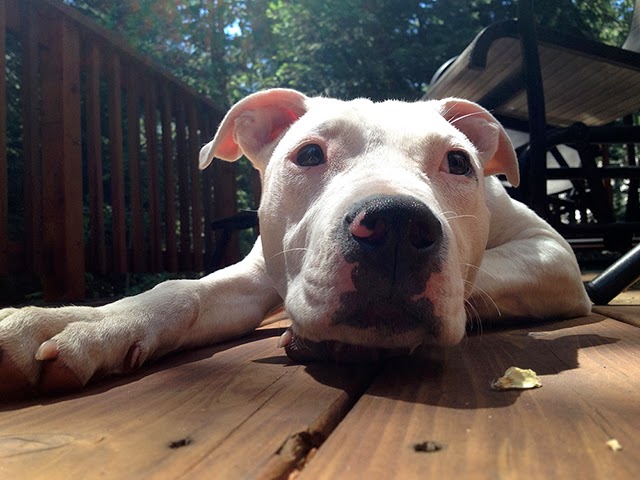 Shaka only had one nickname, Honeybee, though I used it almost exclusively instead of her real name. 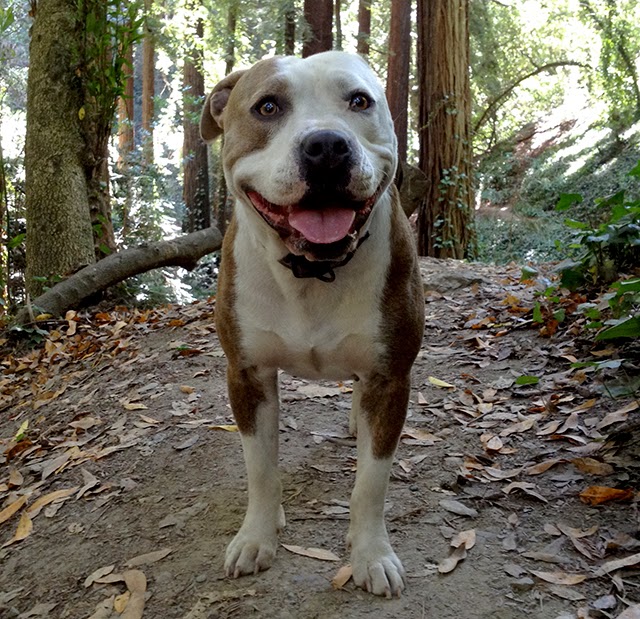 Though Kaya and Zoey don't have nicknames, they do each have phrases that I say to them often. To Kaya I say, "Kaya's a Kaya" or "Kaya so cute" or "Ilovekaya" - kind of like helloKaya with a weird accent. Why?! Who knows. And Zoey gets, "What Zoey says, Zoey?" or just "What Zoey says." Again, don't ask me why. 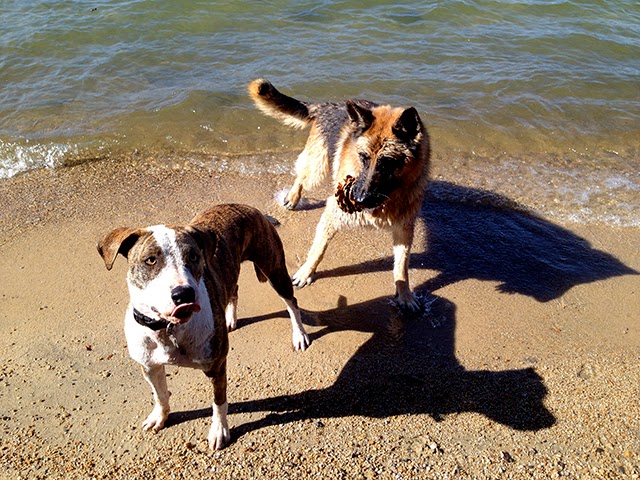 But lately I have tried out a few on Zoey, like Granny, Mamacita and Momma Bear. I don't use them a lot but they do make me laugh when I think of it. Maybe nicknameless Kaya will inherit them when she's an old lady. 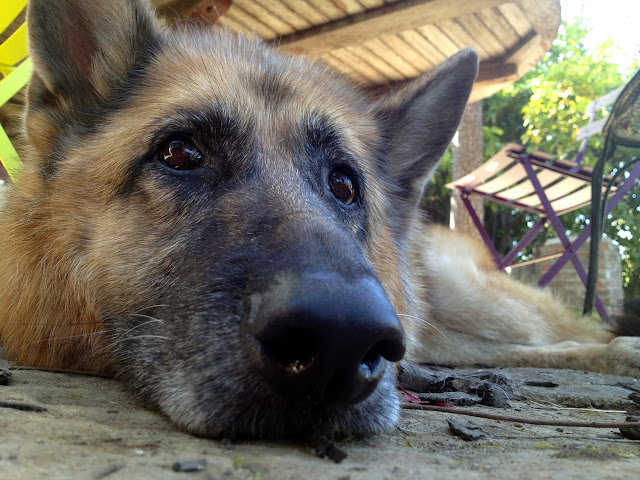 Do your pets have nicknames? Some more than others? 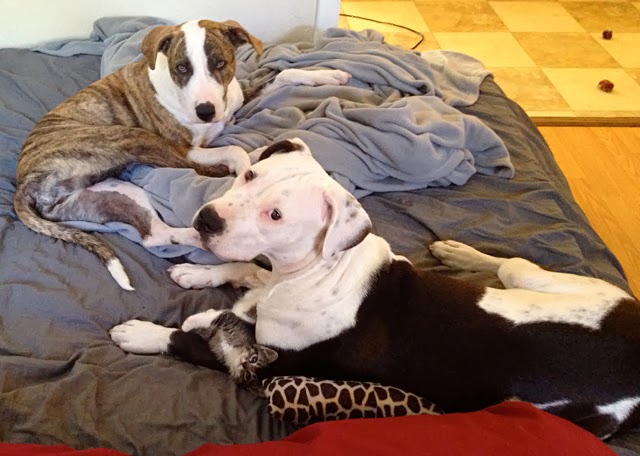 Related Posts:
When They Hear a Nickname
Gina: aka Sweet Baby G, Squeaker, G-Kitty
Norman's Adoption Story
Posted by Rachel @ My Two Pitties at 1:00 AM