BRUNCH IS NOT JUST FOR PEOPLE (VIDEO)

Last weekend my brother was finally home on leave from the Navy and so with my parents in town, we decided to have a big brunch. My brother and sister-in-law brought Motlie and Kaylie over to enjoy some always fun cousin time.

Kaya, Norman and Motlie play pretty rough but it works for them. It's funny because if Kaya and Norman played this way with a random dog at the park, it would make me nervous but they know each other so well that it's no big deal. They may look pretty evenly matched in the video but it's only because Kaya is helping Norman get Motlie, otherwise Motlie always trumps Norman and we usually tell her to cool it. But Norman never cares, I actually think he likes it because he always comes back for more. As rough as they play, they have never had so much as a scuffle or snarl. It gets them so exhausted!

When they take a break from play, it is obvious that Motlie and Kaya get way more excited than Norman. They all appear to be putting in the same amounts of effort during play, but afterwards Kaya and Motlie are always panting away and dying of thirst while Norman stands there, not panting at all and waiting for them to get back to the action. 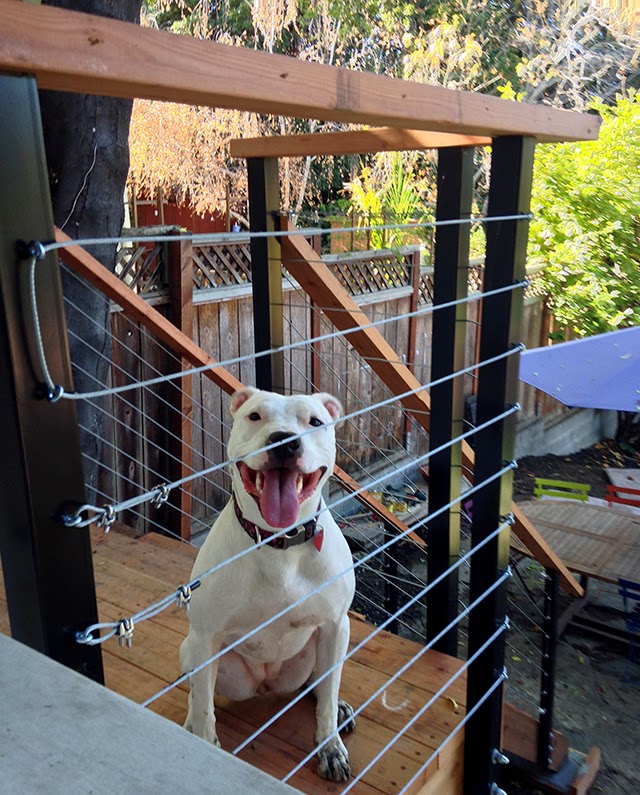 Kaylie stayed inside to avoid being trampled. She is such a cute little sausage dog. 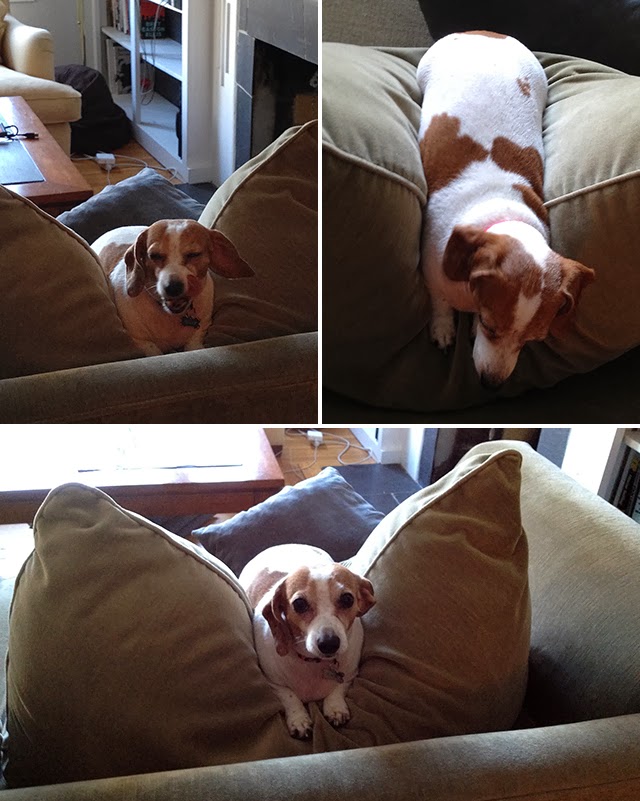 Later on, we all went to the park. The dogs had so much fun and it was beautiful as always. We were even able to bring Zoey! My parents posed for a nice picture while Norman did some posing of his own in the background... 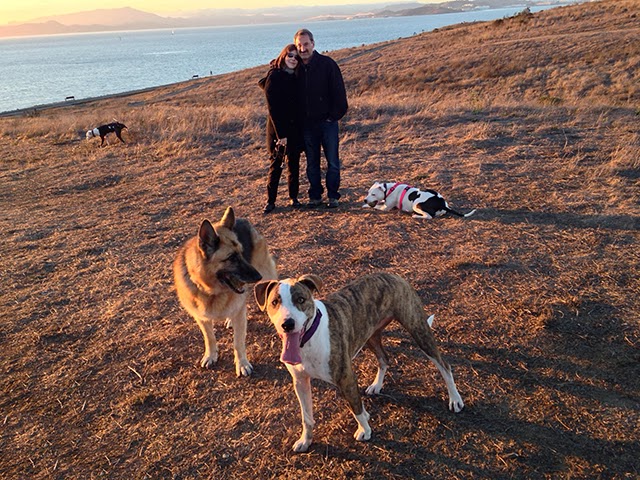 And I was able to get some great pictures of Motlie at sunset.

What did you do this weekend? I hope it was fun!